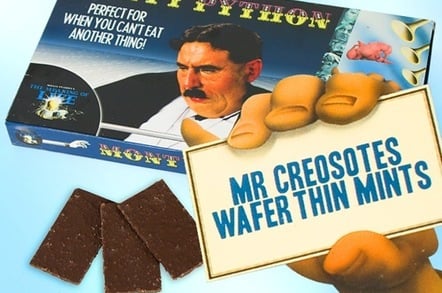 Chinese smartphone giant Xiaomi is operating on the thinnest of margins to keep its handset prices low, according to a filing with the Shenzhen Stock Exchange.

The Chinese phone-maker, that’s creeping up on Western manufacturers, made a profit of $56.2m on $4.3bn in revenue last year. That gives the firm operating margins of less than two per cent, far behind companies such as Apple and Samsung, Reuters reported.

Apple’s operating margin in the fiscal year to September 2013 was a sizeable 28.7 per cent, while Samsung’s mobile division had a respectable margin of 18.7 per cent last year.

As a privately owned firm, Xiaomi isn’t usually required to reveal its profits, but it had to make a regulatory filing as part of its purchase of a 1.3 per cent stake in public firm Midea Group. The filing provided analysts with a glimpse into the workings of the company, which prides itself on selling hardware at low prices in order to shift its software and services.

Bryan Wang, analyst at Forrester Research, said that it doesn’t look as though Xiaomi can keep its prices so low for long.

"It's growing so fast and so lean, I wouldn’t be surprised even if it was losing money," he said.

"Every company is trying to match the Xiaomi price ... [But] the current market is so competitive that I don't think it's sustainable without consolidation."

The filing also revealed that Xiaomi is mostly owned by chairman, chief exec and Jobs emulator Lei Jun, who holds 77.8 per cent of the firm. The remaining shares are split between unnamed shareholders. ®

UPDATE: A Xiaomi spokesperson got in touch with El Reg overnight to clarify that the numbers relate to Xiaomi Inc. only, the company that invested in Midea Group. Xiaomi Inc. is just one of the subsidiaries of Xiaomi.