But it WILL spend more money on inquiries 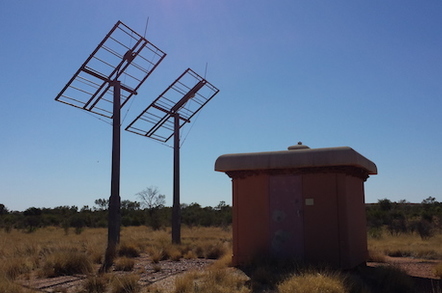 The Vertigan panel's report on telecoms regulation in Australia was delivered in October and was mostly ignored by the nation's federal government, but the document has provided a fig-leaf for the abandonment of last year's pre-election promise* to complete the network (albeit with different technologies).

According to the government's just-released response to the Vertigan panel, NBN Co will instead be re-cast as “broadband infrastructure provider of last resort”, unless of course someone else wants the job (“in circumstances where they take on or are better able to fulfil this role”).

Australia's regional Internet users will lose out, with communications minister Malcolm Turnbull deciding to abandon NBN Co's uniform national pricing. Instead, the government says it will offer “flexibility and price capping” instead.

Developers of new housing, and their customers, will also be calling down the blessings of heaven upon the government, with the discovery that they're going to be hit with unspecified-but-capped “contributions” to NBN rollout to new homes. This, the government says, will “ensure fairer competition in the market” while ensuring that the charges “do not have a material impact on housing affordability”.

Developers will also have the chance to build their own connections to new housing, so they can then transfer that infrastructure to NBN Co “at a predetermined price”.

Other telcos – such as TPG Networks, which is racing ahead with a fibre-to-the-basement rollout in competition to NBN Co – will be required to operate their infrastructure at arm's-length from their retail businesses, and offer a wholesale service. As a “transitional measure”, the government's command-and-control decision is that the wholesale service will be 25 Mbps download, 5 Mbps upload, and will cost no more than AU$27 per month.

Turnbull has instructed the Department of Communications to start researching what kinds of direct government subsidy, for regional satellite and fixed wireless services, will replace what the government calls NBN Co's “opaque” cross-subsidy from city to country.

Instead, the regional subsidy will come from “owners of high-speed broadband access networks”.

To make sure the government can sell off NBN Co piece-by-piece at some future date, the company will be required to keep separate accounts for its fibre-lite, HFC, wireless and satellite operations, and there will be another government inquiry, this time to decide whether it's feasible for NBN Co to operate separate OSS/BSS (operational support systems / business support systems) for each operation.

The full response is here. ®

*Bootnote: The unqualified promise to complete the NBN was repeated to Vulture South by parliamentary secretary for communications Paul Fletcher in February 2014. ®