Layoffs to hit as much as 10% of workforce, sources claim 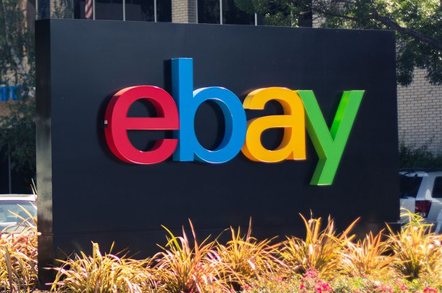 Holiday good cheer may be short-lived for eBay employees this year, many of whom could reportedly lose their jobs not long after the Christmas shopping season.

According to The Wall Street Journal, the online tat bazaar is considering cutting as much as 10 per cent of its workforce in the New Year, with most of the 3,000 layoffs hitting its core marketplace division.

The move would come as part of an effort to slim down eBay's operations following the spinoff of its PayPal division into a separate company, which is due to complete in 2015.

Some analysts have surmised that a leaner eBay could be a more attractive acquisition target, although eBay officials have said that the auction outfit plans to operate as an independent firm.

The purge would be the most significant round of layoffs for eBay since 2008, when it shed some 1,600 jobs. Its most recent cuts came earlier this year, when it axed a few dozen employees from its Magento software division. Before that, it cut 2.5 per cent of its PayPal staff in 2012, which amounted to around 325 employees.

eBay has declined to comment on potential job cuts, but in an interview with the WSJ last month, eBay marketplace president Devin Wenig – who will become the company's CEO following the PayPal spinoff – said, "There will be changes; there will be significant changes." ®