DNA egghead James Watson sells Nobel prize for $4.8m, gets it back 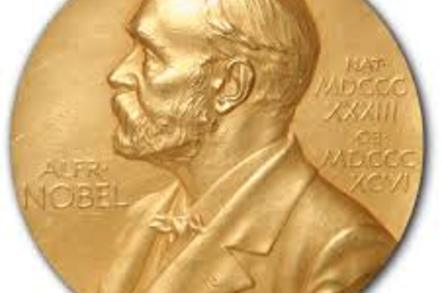 DNA brainiac James Watson has got his Nobel Prize medal back from Russia’s richest man, who bought the gong from the scientist for $4.8m (£3m). While Watson gets to keep the medal, the money raised is still going to science.

Watson, along with coworkers Maurice Wilkins and Francis Crick*, was awarded the Nobel Prize for Physiology or Medicine in 1962 for the discovery of DNA’s double-helix structure, but decided to sell his gold Nobel medal – the first ever recipient to do so.

He told the Financial Times that he’d taken the unprecedented step after being made to feel like an “unperson,” after he told an interviewer in 2007 that black people were inherently less intelligent than other races. Watson, 86, complained that his research was no longer taken seriously and his income had taken a hit following his assertions.

During the auction, held this week by Christies, bidding for the gong topped out at $4.8m. The winner – Russian billionaire Alisher Usmanov – promptly said that he was giving the medal back to Watson in recognition of his contributions to humanity.

"In my opinion, a situation in which an outstanding scientist has to sell a medal recognizing his achievements is unacceptable," Usmanov said in a statement.

"Dr Watson's work contributed to cancer research, the illness from which my father died. It is important for me that the money that I spent on this medal will go to supporting scientific research, and the medal will stay with the person who deserved it."

Usmanov will hardly notice the loss. He’s estimated to be worth about $18bn, making him the richest man in the former Union of Soviet Socialist Republics. He resides in the UK and is a co-owner of Arsenal football club.

Usmanov reportedly contacted Watson before the auction, offering a donation to charity in exchange for the scientist keeping his medal. But Watson decided to carry on with the sale to see how much the Nobel award was worth.

A spokesman for Chicago-born Watson said he was “humbled” by the gesture. In a classy move, and possibly an elegant fuck you, he will donate the money to Cold Spring Harbor Laboratory, the institution he used to head but which fired him after his remarks on race.

Mind you, it wasn’t the first time Watson had expressed some controversial opinions. In the past he has said that if a child could be determined to be homosexual in utero then the mother should be allowed to abort it, and in a 2000 lecture suggested a link between skin color and sex drive.

"That's why you have Latin lovers," he said, "You've never heard of an English lover. Only an English Patient." ®

Watson, Crick, and Wilkins shared the 1962 Nobel for their efforts, but the fourth member of the discovery team was ineligible to receive the award, since it can’t be awarded posthumously.

Rosalind Franklin provided the first X-ray diffraction images of DNA, which were key to the discovery of the double helix form. Watson and Franklin never got on however, and he denigrated her contribution in his bestseller The Double Helix, although he did suggest that she should have got the Nobel for chemistry.

Franklin died of abdominal cancer in 1958, but has since been recognized for her achievements in science by numerous institutions and academic records.