Don't you forget about VCE... Cisco gets cosy with Pure Storage

Partnering up with XtremIO rival 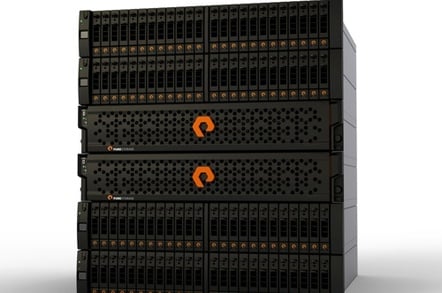 Comment Not content with partnering with IBM and its storage to sell its UCS servers, Cisco is now doing a Flexpod-style dance with EMC’s arch flash array enemy Pure Storage.

These recent shocks to the VCE alliance between EMC and Cisco must surely have contributed to Cisco’s tactical withdrawal and EMC’s taking of VCE in-house. Joe Tucci and John Chambers might well get on together but finding out Cisco is allying with Pure Storage and thus directly supporting the XtremIO array’s main competitor looks like a great big step too far.

The combined turnkey product, which is pre-validated and tested, is delivered by FlashStack Authorised Support Partners (ASPs) within Pure’s Storage Partner Program and features 24x7/365 single-call support “delivered through Pure Storage FlashStack Authorized Support” including both Level 1 and Level 2 support.

ASPs include Datalink in the USA, Proact in the UK, and Southern Cross in Australia.

The FlashStack CI for Virtual Servers can provision more than a 1,000 virtual machines in minutes, we’re told. Both these FlashStack CIs feature sub-millisecond response times. Pure_Storage_400_Series

There are three virtual server configurations:

Pure will expand its FlashStack CI systems, and their global availability, with additional reference architectures, technology configurations, and FlashStack ASPs in 2015.

Here's a tail-end thought: Cisco has its own Invicta all-flash array. Why is is it supporting sales of a direct competitor to that array, Pure Storage's 400-series product, and not pushing its own technology?