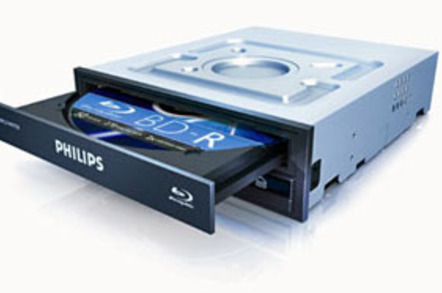 Scores of Blu-ray players from the biggest names in the industry contain security vulnerabilities that allow region coding to be unlocked, hardware hacker Matthew Garrett says.

This confinement was too much for Garrett (@mjg59), hardware engineer at California firm Nebula and member of the Free Software Foundation whose research was conducted independently of both organisations.

"I wanted to watch the movie Hackers but it was region-locked," Garrett told the Kiwicon hacker conference in Wellington, New Zealand, today. "And I thought well, f*ck."

The hardware prober told the rapt house of 1100 hackers, sysadmins and developers how firmware designed by Taiwanese firm MediaTech could be popped to enable the region encoding to be changed.

"There are literally tens of millions of devices with this flaw," Garrett said.

The hole, since crudely-patched on units made in 2014, closed off the ability to gain authenticated access where the DMCA controls could be changed.

The pop is possible because the firmware checked for and permitted arbitrary code to run on USB devices ahead of running from internal flash storage.

Garrett's alcohol-fuelled research could likely be advanced by more sober punters to mitigate the latest fixes, he said. ®