What will happen when the ROBOTS turn up, eh? 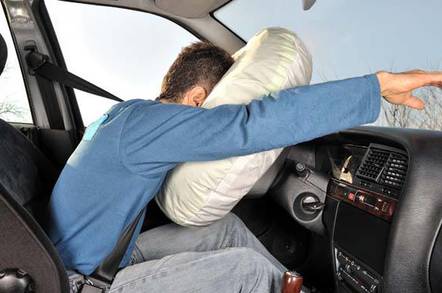 Worstall on Wednesday The latest fundraising for Uber seems to peg the value just north of $40 billion. Which is, when you think about it, quite a hefty sum for what is, after all, just a registry of hireable people with cars.

Sure, we're talking 50 countries now, 250 cities, but it's still about taxi rides. And it's a competitive market. There're plenty of people following in much the same technological footsteps. Lyft, Sidecar, Le Cab, Hailo ... the world's littered with people doing much the same thing.

All of which makes one think that Uber might be somewhat over valued. Peter Thiel has recently pointed out that while free markets and competition are all very well that's not quite what businessmen want to be running or founding. They'd much prefer to be able to produce a monopoly, or at least something with barriers to entry. Other than just being first and biggest it's tough to see what Uber (or any of the others) might have as such a barrier. 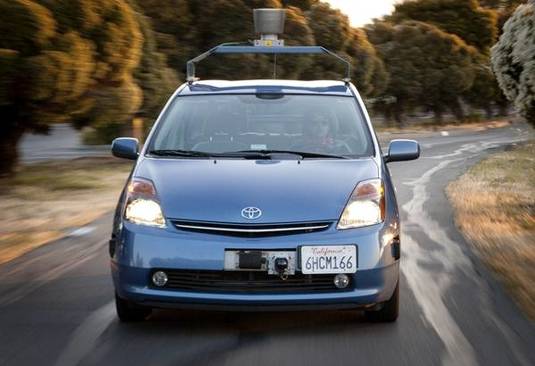 Why bother driving your car about on Uber? Just tell it to get out there and make you some money on its own

So, we could just say that this is the usual stampede into economic stupidity, that thing that markets are so prone to. Dot-com II.

This doesn't mean that we should be stopping people, on two grounds. The first being that it's their money to waste as they wish and the second being that such investment manias are - some speculate they are and others insist they are - the way that truly new technologies do get a foothold in the market. Sure, the Tulip Bubble was a waste but Holland is still the world's centre for cut flowers. Pets.com did no one any favours but there's a reasonable chance you're reading this courtesy of the fibreoptic that Global Crossing overinvested (and lost everything) in.

However, there is another way we can look at this and that's to ask whether Uber and Google are competing with each other or setting the stage for cooperating with each other (yes, I'm aware that the one has invested in the other). Think of it this way for a moment. Cars, self-driving cars, meat driven cars, taxis, these are all forms of urban (and we are really talking about urban here) transport. As also are buses, subways, local train services and trams. And they've all got their own pluses and minuses but we do seem to be at something of a technological turning point. Two in fact.

The first being that the greater efficiency of the use of our meat based driver's time offered by mobile connectivity means that they can still make a living while also making the rides cheaper than taxis. And there are Uber boosters out there (including, it is said, much of the management team) who think that this efficiency will lead to car ownership in urban areas falling in future. It will be cheaper to rent rides than to own a car. Mebbe, we'll have to see.

Google's vision of the driverless car is making a different appeal to very much the same point. That automating the whole process is going to mean that we'll not be bothering with our own vehicles in that same environment. That mapping and image recognition will lead to not requiring that meat based lifeform behind the wheel.

We can regard these as two entirely different solutions to very much the same economic point: urban transport. Or we could think about this cooperation and competition stuff in a slightly more sophisticated manner. Which is that competition is really the process by which we decide who we will cooperate with. We can think of the various supermarkets as being in competition for the business of my milk. But once that competition has been won then the supermarket and I are cooperating in that provision of my milk. The same can be, and is if you squint, true of technologies. We might have competition to find which is the best but there's always going to be a stage when the rest of the world starts cooperating with one or other of the varied technologies.

So, imagine what could happen if Google's project really does bear fruit and also that Uber continues to gain market share around the world. Uber's largest cost will be that $50k a year that they say drivers are now making part time. Scale that up to the 24/7 that Google's cars would be able to work and that's $200k a year and more in costs. Costs that could be stripped out by dumping the meatsacks and using the Google technology. And of course Google's going to be standing there with a workable technology and looking for someone with the network of customers and the infrastructure to ally demand for rides with supply.

Does that make Uber worth $40 billion? All a bit speculative really but it is at least conceivable that it does.

And just think, if it does happen, maybe Delhi will let Uber reopen there. After all, the robots aren't going to require background checks nor rape anyone, are they? ®