All the libraries, just 110MB 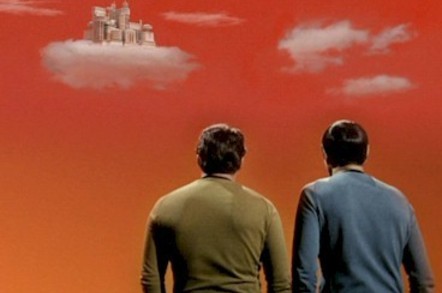 A smartphone-inspired version of Ubuntu Server for Docker minimalists has been revealed with initial backing from Microsoft.

Canonical is today expected to unveil the "Snappy" version of Ubuntu Core, a stripped-down server image of just 110MB built for thousands of servers in the cloud.

It is available as an Alpha preview.

The minimalist root file system is built solely for transactional jobs and applications and will début on Microsoft’s Windows Azure.

The slimmed-down Linux system is promised for other clouds before Christmas.

Canonical told The Reg Microsoft has proved very proactive in supporting Ubuntu Core – it's willing to get Linux workloads up and running on its cloud.

Canonical believes Microsoft is a ready market and suited to Ubuntu, given its large enterprise customer base.

The Linux firm expects that plenty of enterprise jobs will now be run on Linux through the medium of Windows Azure.

The main driver was mobile telcos which wanted a software platform whose applications could be be updated reliably and efficiently – with minimal security concern and without eating bandwidth.

Canonical's answer was a brand-new application update framework in called Snappy running on the stripped down Ubuntu server core.

Snappy tells you what transactional applications you have running and when updates are available for download. You can also do rollbacks.

Shuttleworth claimed his company has been developing Core and Snappy out in the open, on mobile, for the past three years.

Snappy replaces the standard apt-get model of receiving updates and modules, but otherwise the system uses the familiar Ubuntu libraries.

The precursor to Snappy was the Click update tool in Ubuntu Mobile; according to Shuttleworth, the next version of Click in for Ubuntu Mobile will be Snappy.

The difference is that at 110MB, you can’t install too many apps – Ubuntu Core is built to run just a tiny number, for specific functions.

You can’t start modifying and customising Ubuntu Core, which Shuttleworth said meant it would suit enterprise IT.

According to Shuttleworth, the typical use case could be thousands of machines crunching big data files or processing media streaming.

The idea is for a streamlined Ubuntu server experience, and is designed to position Ubuntu as a dense operating system fit for specific purposes. You don’t, therefore, receive a big blob update for this Linux containing lots of different packages that are unnecessary, eat bandwidth or might cause security problems.

Machines, not people, will use Ubuntu Core, Shuttleworth told us. “Ubuntu is popular in the cloud because it’s a great system to log into.

“This is for large scale, single purpose deployments running Docker, some form of orchestration and something else. Why have hundreds of other packages?

“This is for systems that run unattended with no human intervention – that’s very industrial, precision automation that people in the cloud say is the next phase for them.

“It’s not about how many developers you work with but how to address larger pools of servers.”