US Ass. Commerce Sec hits back at claims global DNS is DOOMED

Starting to get messy in Washington 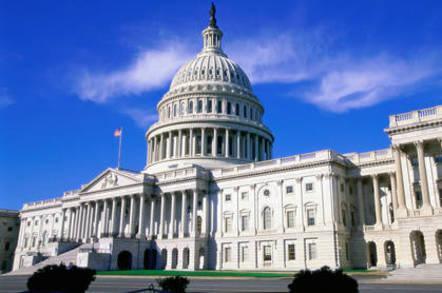 US Assistant Commerce Secretary Larry Strickling – the man in charge of the critical IANA contract that keeps the internet glued together – has embarked on a war of words with Wall Street Journal columnist Gordon Crovitz.

In a letter to the newspaper, Strickling took issue with Crovitz's column last week headlined Halfway to Wrecking Internet Freedom, claiming it "ignores the facts" over the planned transition of the IANA contract away from the US government to an as-yet-undefined entity.

IANA is the technical body that runs things like the global domain-name system and allocates blocks of IP addresses. Whoever controls it, controls the behind-the-scenes of the internet; today, that's ICANN, under contract with the US government, but that agreement runs out in September 2015.

"Until now, I have refrained from responding to Gordon Crovitz’s many salvos against our proposal," Strickling wrote, referring to the plan to hand ICANN and its partners control of IANA.

The Assistant Commerce Secretary went on to argue that the columnist's criticism is "rooted in a fundamental misunderstanding of the US role in the [domain name system]. No one entity controls the Internet. Policy decisions have been and will continue to be made by the Internet’s stakeholders, which include businesses, technical experts and civil society."

Stickling also criticized Crovitz for: ignoring efforts underway to resolve the issues he raised in his column; and claiming the ICANN Board could end up being controlled by governments.

Within just a few hours of Strickling's takedown appearing online, the paper published its columnist's response.

In it, Crovitz digs into some weak spots in the IANA transition plan.

There is, he says, "little prospect of finding an alternative through new governance rules" to the US government's role even if more time were made available. "The current system works because the US could give the contract to operate the root zone to another group if ICANN ever gave in to demands for censorship or otherwise closed off the internet. If Washington gives up the contract, there is no backup plan," he argues.

He then quotes Los Angeles-headquartered ICANN's own documents that argue its Board must always be in overall charge of the organization's decisions under California law. Crovitz then adds: "Ultimate authority by the ICANN board means the stakeholders can neither control nor protect the board, whose members would be subject to pressure from authoritarian regimes."

In other words, no matter how many organizations, businesses and other independent interests ICANN brings onside, its board still has ultimate control, says Crovitz.

He makes a final point in questioning whether the executive branch has the right to transition the contract at all since "only Congress can transfer federal property," and notes that the administration "has not provided any legal argument to the contrary."

Making sense of the noise

The truth of the matter is that both Strickling and Crovitz have indentified the other's weak spots while glossing over their own.

Crovitz's original column was indeed, in this humble hack's opinion, a highly partisan piece of puffery. We at The Reg also felt compelled to question it and a similar piece by US Senator Ted Cruz (R-TX). We concluded: "If Crovitz is genuinely worried about 'internet freedom' he should stop ignoring what people on the ground are doing just because it doesn't fit into a partisan argument."

However, Strickling's response is not entirely straight. While he accurately recounts that the Department of Commerce has made it plain that it can renew the IANA contract for up to an additional four years, the emphasis until recently was very much on getting the job done by September since the 2016 presidential elections could turn the approach on its head.

That emphasis has changed following a lot of noise in Washington about the deadline and attempts by ICANN to argue that it should be awarded the contract before accountability improvements are made. The shift was significant enough that we wrote a story about it.

Strickling also downplays the role that the US government has played when it comes to its impact and influence on ICANN and its board. This is despite the fact that on several occasions, Strickling himself has stuck his boot into ICANN when it was on the cusp of making a bad decision.

Most famously, Strickling read the organization the riot act during a private meeting in Cartagena in 2010 when the board was due to approve the program for creating thousands of new top-level domain names despite clear gaps in its thinking and the rules in place.

The board delayed approval for another six months while it worked on the holes. A transcript of the meeting [PDF] only appeared a few days after the final approval.

No plan is perfect, however, and the shift of the holder of the IANA contract to an entity that isn't the US government does include an element of risk.

Where Crovitz falls down is in his apparent ignorance of a plan that has been published for public comment that aims to tackle all the issues he is concerned about. We'll make it easy for him: click here.

Crovitz is also spectacularly wrong when he uses a legal memo [PDF] – drawn up by ICANN lawyers in 2010 in a (successful) effort to avoid proper accountability – as evidence that ICANN's board always has to be the ultimate decision-maker.

The part of the memo that Crovitz refers to quotes part of the California corporate code but omits the preceding 34 words. The result is that the code says the opposite of what ICANN's lawyers claimed. The rest of the memo has also been comprehensively unraveled by a subsequent analysis [PDF].

He questions the legal authority that the executive branch has in transitioning the contract at all. This tit-for-tat argument has become depressingly common in Washington of late thanks to Congress's almost superhuman inability to do anything. But in this case he has a point, not least because when ICANN argued that it should be awarded the IANA contract back in 2011, government officials said they were not able to simply hand it over without the support of Congress.

At the time it was an argument used to stop ICANN in its tracks and was never fully investigated for its veracity. But when it comes down to something as important as the internet, you could see this legal right argument run through the system.

Crovitz is also right to be concerned about what can replace the US government's current role as IANA contract holder.

Under the current proposal, that role would be replaced by a committee of stakeholders pulled from the ICANN community, most of whom have little or no expertise or experience, no legal accountability, and who will be selected from a small pool of self-interested individuals through a chronically poor and opaque election process. In short, the alternative looks depressingly amateurish.

Come 2016, if a Republican is elected president, Crovitz – and many Republicans – will wish to paint the IANA transition as an unnecessary concession made following the Snowden NSA revelations.

They will likely argue that they need to scale back the plan to fully privatize the domain name system to make sure that Uncle Sam keeps the world and the internet safe. They are unlikely to have that chance, though, if the current proposal goes through on schedule: September next year.

So while Larry Strickling "particularly objects to Mr Crovitz’s continued mischaracterization that there is a September deadline for this transition", by holding out the very real possibility of contract renewal, he is both fending off Washington interests and making it clear to the internet community that time is running short.

Strickling is hoping the internet community proves able to act in its own self-interest and agree on a path forward before that option disappears from the table altogether. ®