Ex-home sec rants about 'traitor and thief Philip Snowden' ... who he? 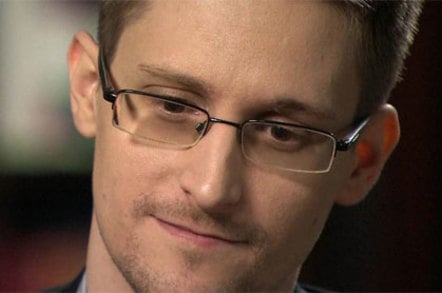 Every Parliament must conduct a "complete review" of the controversial Regulation Investigatory Powers Act 2000 (RIPA) as a safeguard against the expansion of its use, former home secretary David Blunkett said today.

As home secretary in 2001 Blunkett was responsible for introducing the complex rules surrounding the use of the Regulation of Investigatory Powers Act (RIPA).

Speaking at the (ISC)2 security conference in London, Blunkett told The Register that the expansion of the act’s powers to include snooping on journalists goes into "areas that it was never intended that people should have authorisation for.”

The government has now promised to reform a key RIPA code of practice – but not the law itself – in the hope this will prevent the police from using surveillance powers to uncover journalists' confidential sources.

“There is a general agreement now that if you review regularly you can stop the dangers that people have identified,” Blunkett said.

Last week the Investigatory Powers Tribunal ruled that GCHQ did not act unlawfully by carrying out mass surveillance using the interception of communication powers in RIPA.

"I think Philip [sic] Snowden was a traitor to his country and a thief but I actually think he opened up some of these bigger issues in a way you can’t do [otherwise].

"Sometimes people do things for the wrong intentions or the right intentions in the wrong way – and you just have to accept they have opened up a can of worms, which means you have to address the problem. And that is something we are still struggling with this here in Europe and the US.” ®