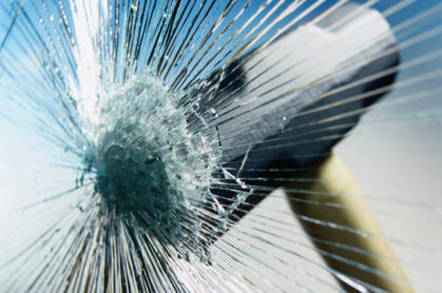 Businesses of Britain are still running Windows Server 2003 on hundreds of thousands of physical boxes ahead of a certain important deadline on 14 July next year.

According to HP, there are 900,000 instances of the eleven year-old software out in the wilds and 400,000 physical boxes, with 218 days to go before Microsoft pulls the plug on extended support.

As we previously noted, replacement activity has yet to show up in any volumes across the channel but vendors refined the sales pitch.

Security, software compliance, and the cost of buying custom support from Microsoft, all weigh in the favour of upgrading to the latest and greatest tech, said Angela Cross, server boss at HP UK and Ireland.

“Microsoft is not open source so nobody can write the patches. Can you [businesses] afford to be down or hacked,” she told us, pointing to the distribution of 37 critical patches by Microsoft last year.

So far, Redmond has refused to put a price on extended support - for XP biz customers it was $200 per seat for the first year - but it is likely to be pricey, claimed HP.

“For very large organisations it will be multiple millions of pounds,” said Cross, who is also known internally as the ‘first lady of EG’ (Enterprise Group).

“The [support costs] are designed to be cost prohibitive so customers see the need to migrate”.

A spokesman at Microsoft told us the costs vary “depending on specific customers’ needs”.

“Customers must have an active Premier Support agreement with problem resolution and support assistance hours available for the duration of their Custom Support Agreement,” he said.

HP estimates that it can take firms between six to eight months to move from the planning to the migration phase. Avanade previously predicted one in five businesses will miss the July deadline.

Not all 400k systems running on the ageing OS will be directly replaced, with virtualisation, server consolidation and the move to the cloud all factors to consider, said Cross.

According to estimates from the Cloud Industry Forum, there are closer to 200,000 Windows Server 2003 machines to be swapped out.

“In the UK alone, an average of 1,000 servers per day are likely to need to be transitioned in the final year of support," said CEO Alex Hilton.

The industry group did not quantify how many businesses will use Windows 2003 to consider the move to cloud computing but branded the refresh opportunity as the most significant so far this century.

HP estimates about ten per cent of customers will consider moving to the cloud.

Not everyone is gearing up for a big end of support push. Iain Gavin, UK boss at Amazon Web Services, told us customer migration is “relatively easy” on its infrastructure.

“We’ll help customers that want to move into Windows Server 2008 R2,” he said, but added AWS has no specific promos lined up. ®