Rolling the ATTACK DICE in King of Tokyo

A fun cardboard beat 'em up in this mega monster brawl

Each turn, you'll get three rolls to determine your fate. An example roll of attack, heart, energy, two, two, two will heal yourself for one life, attack others for one damage, get one energy cube, and get two points. If you can play Yahtzee, you can play this. But this is a lot more fun because you're interacting with other players, rather than taking turns at a Solitaire-type game.

The driver of the King Of Tokyo game is muscling your way in to being the king of Tokyo. Being in the Japanese capital is cool – there's great food, plenty of buildings to destroy and, most importantly, you earn points each round you're in Tokyo. On top of all that, when you roll attack dice, you attack EVERYONE outside of Tokyo!

Doing damage to everyone else sitting at the table will get you dirty looks, but there's no friends in the world of gigamonsters.

There is a catch, as always. Everyone else ONLY attacks the person inside Tokyo, which means you'll be beaten up repeatedly. Luckily though, you can tap out when you choose and let someone else take over the King spot, and they'll start raking in the points instead. 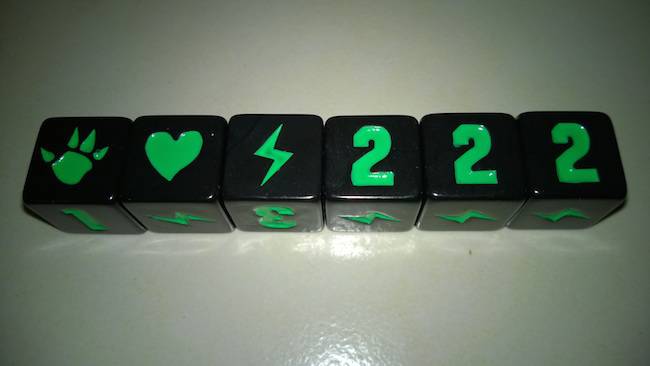 On top of this tall-poppy syndrome mechanic are special cards, and this is what you spend your hard-earned energy on. The special cards are what keep this game fresh, as you'll only see a few each game, which makes each play different. The cards either give you a permanent bonus, or can be thrown away for a one time perk.

You might buy the "Shrink Ray", which shrinks by one the repertoire of dice available to each monster you injure – until they use a heal. Maybe the "Armor Plating" is more your style, which ignores damage if you only get hit for one damage point. These cards add complexity to the game, but not so much that the whole game becomes a confusing mess of spending more time reading cards than actually playing the game.

This is a game I would recommend to most people who can handle the randomness of dice. Four players is perfect for this, but it still works with the two- to six-player range. It's different enough to most other games to warrant having in your collection, while being rather easy to teach. 'Get to 20 points and don't die" along with explaining what each dice face does should be enough to get people animated.

Emphasise the "don't die" part, because if you aren't careful it can be easy to kick the oversized bucket, and it's really not overly entertaining watching others continue to play while you have a long, hard think about what you did wrong.

If you want something slightly more complex, the newly released standalone sequel, King Of New York, may be worth looking at instead – which is similar in many ways, but is a longer and more difficult version. Either way, you get to beat up your friends and that's just good old-fashioned fun. ®

Plus: Introverts' must-have Duplex – that restaurant robo-caller – served up to Pixels

Aliens and sinister AIs from the mind behind the greatest TV show ever? Colour me aroused