Google? Microsoft? What the heck do they do in cloud?

AWS: None of the 46 cloudy price cuts a response to rivals. Honest! 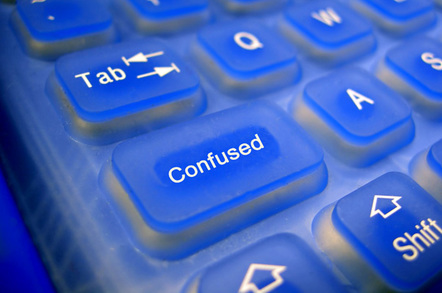 Amazon Web Services has slashed the prices of 46* services since its launch in 2006, but not one was in retaliation to rivals (no way, not one), insists UK boss Iain Gavin.

Under the deflationary cloud model, the main protagonists, which also include Google and Microsoft, are continually dropping their pants to undercut each other in the pursuit of customer glory, a point that may concern channel partners.

But, so concentrated on customers is Gavin, that he barely even notices rivals exist. “I know this is a daft answer but I don’t know much about their offerings,” he tells The Channel.

“Amazon is really interesting in the fact that we are kind of aware of it, but because we're so busy we focus on the customer, and that’s what keeps us awake at night, if we are not delivering what the customer wants us to deliver," he continued.

“So, we are kind of aware that it's launched some stuff,” he added, “but we don’t do that whole competitive thing ... because frankly I’ve seen too many companies in the past get distracted by what other people are doing."

Some 16 price cuts were passed before Gavin got the UK boss job in 2009 - a year after Google launched its first cloud services - so AWS set the tone, he argued, and “it’s a philosophy within Amazon” to give “better value".

“They were done before others had offerings in this marketplace.”

El Chan is not sure how Gavin comes by this factoid when he’s all but ignored what the rivals are up to. In any case, it's not correct.

Only in March, AWS responded to Google’s slash-fest by dropping its own cloud prices but didn’t go as far as its rival. Then again, the Chocolate Factory set the tone by giving start-ups the first $100k worth of cloud stuff for free.

AWS was a pioneer in IaaS, and remains the clear market leader, so wants all to think it still sets the agenda.

So in another example of playing catch-up to Google, AWS this week tweaked the payments for Reserved Instances (RI).

RI is one way AWS allows customers to pay for compute power - with an upfront and per usage fee applied over a contracted time-frame. It is generally cheaper than the On-Demand or Spot models.

In March, Google launched Sustained Use Discounts - with no term commitment, no upfront fees, just discounts based on utilisation. And now AWS has done away with the upfront fee too and blended that into the per usage price.

This has NOTHING to do with Google. “Why do it on 2nd December? Well, because the time is right for our customers and for us ... the feedback from customers [is they] want a bit more flexibility in the model."

Updated A spokesman for AWS has contacted us to say it has now 'gouged' prices 47 times, with the latest cut to the cost of data transfer coming after the company met with El Chan. ®