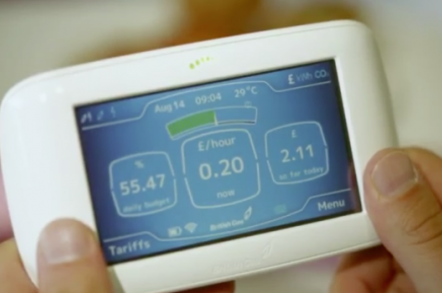 The timescale for the installation of 50m smart meters at a cost of £11bn is up for revision (again), junior minister and member of the House of Lords, Baroness Verma, has admitted.

By 2020, the government wants everyone to have a smart meter fitted at a cost of £200 per household. However, the project has been dogged by delays and doubts over consumer appetite for the scheme. The national rollout was supposed to begin summer just gone, but has already been pushed back a year.

MPs have said the programme will only save people around two per cent on their bills.

So far just under one million smart meters have been installed as part of the initial phase of the programme, up from 256 in September 2012.

Last month Capita, which runs the Data Communications Company (DCC) responsible for rolling out the programme admitted "there is no feasible way to maintain the time-scales".

Speaking at the Smart Metering Forum this week, Verma, Parliamentary Under Secretary of State for the Department of Energy and Climate Change, admitted there had been "some bumps" with the project.

"The DCC is consulting industry stakeholders about revisions to its delivery plan," she told delegates.

"I am determined to bring the benefits of smart meters to GB consumers," she added. "But to underpin this we need to ensure that the rollout continues on the right footing to protect the consumer experience, and that the early adopters of smart meters become strong advocates for them."

In October consumer rights group Which? warned that "without immediate action the cost of the smart meter rollout is in danger of spiralling out of control", adding that "consumers will foot the bill". ®

Iowa has already won the worst IT rollout award of 2020: Rap for crap caucus app chaps in vote zap flap

US minister invokes Maggie Thatcher, says she would have halted Huawei 5G rollout