Give nerds their own PRIVATE TRAIN CARRIAGES, say boffins

The Thinkfluencers' Express will depart from platform 94 5/4... 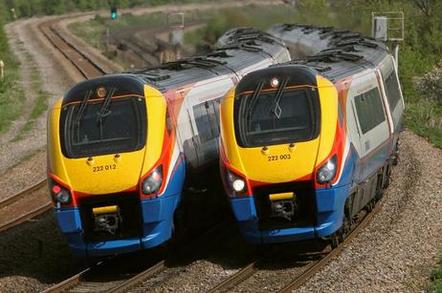 Anyone who has ever commuted on a train in the south east of England will have at some point considered ways to improve the service – such as, say, introducing actual cattle trucks onto the network for more luxurious travel.

But tech enthusiasts from Cambridge have another idea entirely. What about a designated nerd carriage to act as a mobile "hub" for techies and entrepreneurs?

The report, How to make the most of UK Innovation, a "freewheeling contribution" from a number of Cambridge-based entrepreneurs and tech investors makes this very suggestion.

"Hubs don’t need to be in fixed places: let’s have special carriages on trains designated as informal meeting places," it enthuses.

While this idea might not be to everyone's taste, other observations may resonate with commuters desperately trying to get from A to B.

The authors want to connect Oxford and Cambridge via Kings Cross to create a "mega hub" because "it is currently as hard (if not harder) to work between Oxford and Cambridge as it is to work with Manchester, Amsterdam, or Paris." The same could certainly be said for any poor soul attempting to get to north London via the capital's woeful commuter train services.

But hubs also don't have to be physical spaces, it says, citing the example of "Chat Stops" - a pilot for bus stops with interactive video screens.

"We envisage huge interactive video screens linking the hubs. Walking past such a screen, you might see someone you know (and had been meaning to have a chat with). You attract their attention – wave and say hello."

Good luck with that on the nerd carriage during rush hour. At best it may be possible to raise a grimace while pressed up against a stranger's sweaty armpits. But having enough room to wave? Now that would be travel luxury. ®

Birmingham UK to Uber: Want a new licence? Tell us about your operating model

App biz's Nice Guy makeover yet to convince all regulators