One year on, Windows 8.1 hits milestone, nudges past XP

Funny what lack of choice can do 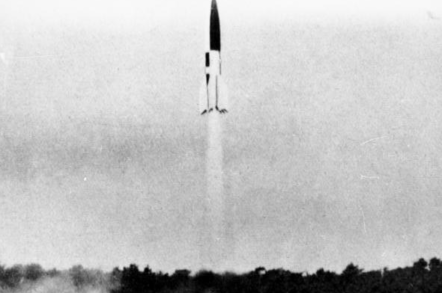 The number of PC running Windows 8.1 nudged past Windows XP for the first time in November.

Windows 8.1 broke the global 10 per cent market-share barrier a year after general release, and has now hit 10.95 per cent, according to latest data from StatCounter.

They are both poor relations to Windows 7, though, which remains the dominant PC operating system at 50.34 per cent, which is actually UP from 49.66 per cent the month before.

The news is significant in a number of ways. It’s the biggest single monthly gain for Windows 8.1, which was on 9.31 per cent at the end of October.

Why is Windows 8.1 enjoying a sudden fillip, having bumped along the bottom for 12 months? There are a number of reasons.

Demand is only coming from consumers – businesses who are upgrading and who sunk the knife deeper into Windows XP on November are going Windows 7.

Black Friday has been shamelessly imported to the UK minus the benefits of a day off to eat vast piles of roasted turkey.

Last week saw retailers online and in shops on both sides of the Atlantic flogging PCs and tablets at reduced prices to bargain-happy shoppers.

PC makers and Microsoft took advantage, hitting the on and offline worlds with ads for Windows 8.1 PCs and Surfaces – something Microsoft is pitching as a tablet alternative.

Why are consumers biting on Windows 8.1?

One reason: the PC-shopping punter has no Windows alternative to Windows 8.1. As of 1 November, PC makers could no longer sell Windows 7 Home Basic, Home Premium of Ultimate on PCs. Windows 8.1 is now the only Microsoft operating system you can get.

Another factor is that shopping trends are changing. Tablets have stopped their explosive growth at the expense of the more traditional PC: Most of those buying their first tablet have done so; the question now is what’s second new computing device? That second device won’t be another expensive tablet from Apple, or even Samsung.

Eyes are turning to cheap Windows 8.1 laptops because they provide the keyboard needed for some tasks that a tablet can’t do or a Google Chromebook.

It’s said that the easiest way to find somebody in a crowded room is to stand still and let them come to you.

Seems that the easiest way for Windows 8.1 sales to buck up was to wait for tablets to blow themselves out and for the market to become saturated and for Microsoft to turn off Windows 7 supply. Same principle: just slightly different. ®