But get out your hankies... he can't fly in his chopper 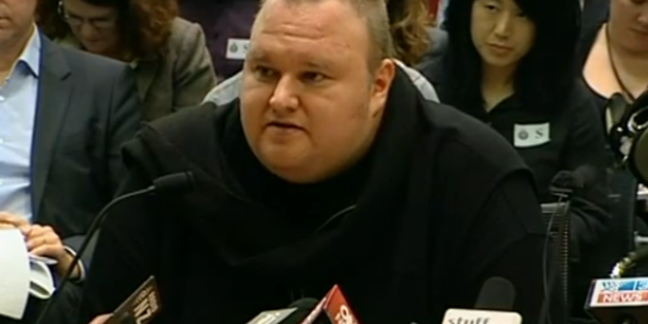 The US Feds have failed to get Kim Dotcom’s bail revoked ahead of the extradition hearing in New Zealand to decide if he will have to go stateside to face online piracy charges.

The Megaupload founder has avoided awaiting the hearing in jail as an Auckland court has rejected the idea that he might be a flight risk, as well as allegations that he broke the terms of this bail conditions.

However, the court did decide to tighten up some of those conditions. Dotcom will be allowed to continue living in his huge mansion, but he will no longer be allowed to travel by helicopter and now has to check in with the police twice a week.

The founder of one of the net’s most popular filesharing sites said last week that he had spent millions fighting his extradition to the US and claimed that his legal team had resigned because he was “officially broke”.

He also alleged that the US was pushing for the bail hearing because he had fewer resources to protect him.

“My legal team has recently resigned because I ran out of money after spending $10m to try and defend myself. They [The US government] have certainly managed to drain my resources ... and without lawyers I’m defenceless so they use that opportunity to try to get my bail revoked,” he said. ®