Crowds bludgeon one another with cheap TVs, websites burn 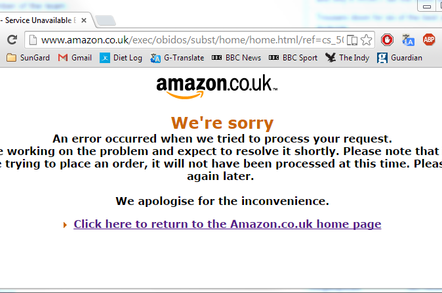 The sceptred isle of old Blighty is in flames today as greed crazed mobs, both online and in the real world, stormed bricks'n'mortar shops and etail websites alike leaving blood on the linoleum and smoke belching from overstressed data centres – hosting Currys, Tesco and other box-flingers – up and down the land. 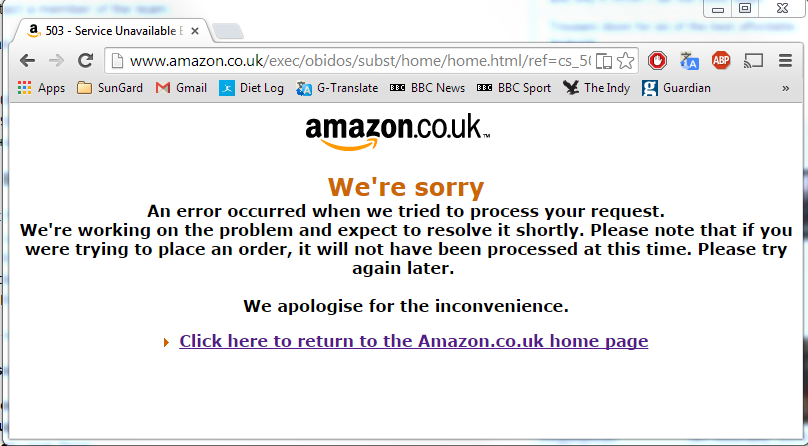 Truly, these are the end times

Reports have been pouring in to Vulture Central since early in the day of webshop trauma for many as the US-inspired Black-tagged bargain binge bonanza brouhaha kicked off with a fury not yet seen on this side of the Atlantic.

The socialz were rammed with pics and video of frenzied consumers struggling with one another for choice bits of price-slash plunder. Police struggled vainly to restore order in various retail locations from midnight onwards as shelves were rinsed of tempting loot and tempers frayed.

Online, such websites as Tesco Direct, game.co.uk, and even mighty Amazon itself struggled to bear the load as the multitudes thundered down upon them. Currys had a formal queueing system with delays up to half an hour this morning, since reduced to under a quarter-hour, and some Reg readers have reported being unable to give Argos any of their money all day.

"Loads of people have screwed up on capacity planning here," commented one hosting industry insider, between attempts to get his favourite etail sites to load.

We would have got this report up sooner, but obviously most of us here at the Vulture central offices have been mainly trying to buy things online all day. ®

Roundup Plus, why is Kaspersky Lab getting into chess?