Wireless Power standards are like Highlanders: There can be only ONE

Well get ON with it then, we're waiting 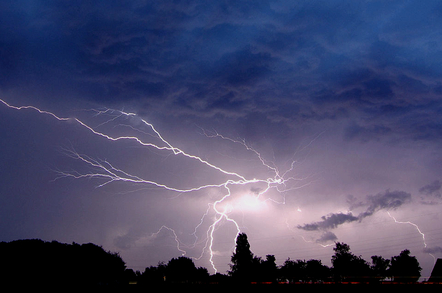 Analysis It has been more than 100 years since the first wireless power systems were demonstrated and the principles are about as well-known as any in the technology field.

While wireless networking has been the norm for over a decade, wireless power is still very much in its infancy and is years away from mass adoption.

Last week, the great and the good in the wireless world got together in Berkeley, California, for this year's Wireless Power Summit to map out the way forward. Rival camps in the wireless power world rubbed shoulders and shook hands, the latest charger designs and ideas were discussed, and El Reg got to meet some of the major players in the field to find out what the holdup is.

Different strokes to power the world

There are three organizations competing to be the wireless power standard of the future: The Wireless Power Consortium (WPC), the Alliance for Wireless Power (A4WP), and the Power Matters Alliance (PMA) – although the last-mentioned two groups agreed to work together on a common standard back in February.

The WPC has Microsoft, Motorola, Philips, Qualcomm, and others on its side. Meanwhile, A4WP has Broadcom, Intel, Samsung, and so on. There's some crossover – Samsung and Qualcomm are members of both sides, for example – but there is a sense of battle lines being drawn.

The competing groups each use slightly different power transmission methods, but they are based around either induction charging or magnetic resonance power supplies. The two techniques have different strengths and weaknesses but both are perfectly valid forms for wireless charging.

Magnetic induction power, used by the WPC and PMA, requires the charging pad and the device to be near each other, typically within 4cm. The magnetic resonance system used by A4WP can also supply juice to things up to about 5cm away.

Induction charging works by running an alternating current through a grid of little coils in the charger, generating a changing magnetic field. A phone, tablet, or what have you, also containing a coil is placed within this field. Thanks to physics, a current is induced in the handheld's coil from the charger's electromagnetic field. This current is used to top up the gadget's battery.

The coils are tuned so they resonate at the same frequency, ensuring a high level of efficiency in energy transfer – more current induced in the gadget, in other words. The video below illustrates how it all works.

There's no physical contact required, so things can be made watertight, and there's no need to plug and unplug cables all the time, wearing out sockets. Of course, you'll need a charging pad, which may be wired to its own power supply, but we'll come to that later.

Magnetic resonance charging works in pretty much the same way, except the A4WP design opts for a large, more powerful coil, rather than a grid of small inducers.

It's possible to put the equipment for both types of charging in a single power supply unit and in the gadgets being charged – the mechanics are certainly there. But doing so requires all the players to agree a common power and communication specification and, frankly, you might as well try herding cats as expect that to work in today's technology environment.

"Only one ecosystem can survive," Menno Treffers, chairman of the Wireless Power Consortium, told The Register.

"There is a possible exception to that if there is no big cost disadvantage then a dual mode can be used. But if there is a cost penalty then that only works in the short term." 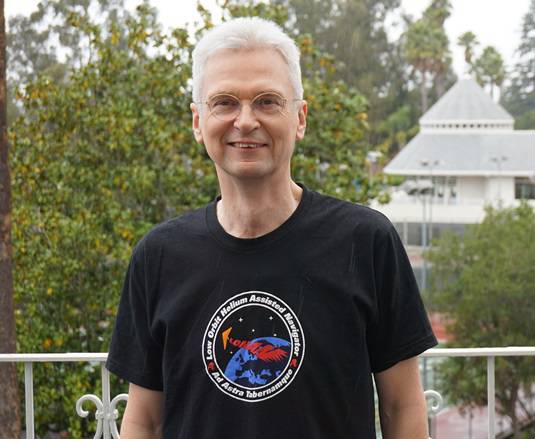 Menno Treffers ... chairman of the WPC consortium in a familiar t-shirt

The most commonly used standard in consumer electronics is the WPC's Qi (pronounced chee) standard, which uses inductive power. The WPC was an early starter on wireless power, with powerful firms on its side.

You can find Qi electronics in a variety of devices, particularly smartphones from Samsung, Google's Nexus range, and the Lumia handsets. Typically, Qi can deliver up to 5W at present, but there are plans to go much higher. The tech is designed to use a frequency of 110 to 205kHz for low-power devices (up to 5W), and 80 to 300kHz for beefier gear (up to 120W, eventually). The coils are also used to send messages between the pad and the handheld, such as codes identifying the hardware, "send more power," and "send less power." Little bumps on the pad help guide gizmos to where they should be placed for optimum energy transfer.

A4WP's design can theoretically deliver up to 50W, and is seen as a possible contender for powering laptops and tablets, particularly considering its supporters, and that it also has a working group focusing on wearables. It uses a frequency of 6.78MHz to deliver power over the air, and exchanges control information in a 2.4GHz Bluetooth Smart radio band.

The PMA is also an induction-based design, although Dr Kamil Grajski, president of the A4WP, told El Reg that his group and the PMA are finalizing their own specification for a combination system using both standards that should be ready early next year.

Meanwhile, the WPC has been working on its own combination technology, and last week showed off its latest bit of demo kit which combines induction and magnetic resonance charging into a single unit, which should also be in the shops by the autumn of next year.

Next page: You don't win standards wars by being the best technically: Just ask Betamax
Page:
Tips and corrections
42 Comments