Sony cuff-puter to do one thing smartwatches can't: Give you DAYS of hot wrist action

New idea is worth the e-paper it's printed on 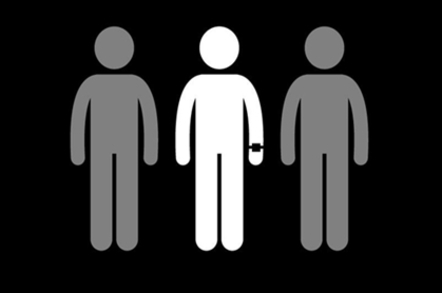 Sony is to bring out a smartwatch with an e-paper screen that solves one of the biggest wearable shortfalls: battery life.

Sources familiar with the project told Bloomberg the gadget will use the entire wrist band to display information, but it will not be as advanced as other arm-slabs on the market.

Unlike today's crop of cuff-computers, Sony's gizmo won’t have much in the way of technical sophistication, the sources said, but will have a very long battery life. Sorta like a real wristwatch.

E-paper consists of twin layers of plastic encasing tiny balls that are black on one side and white on the other. Applying a voltage causes the balls to rotate to form an image on, essentially, a monochrome display but, crucially, current doesn't need to be constantly applied to the screen, making it very power thrifty.

The technology is pretty basic in terms of resolution and the performance of color versions is patchy, but the benefits in terms of power consumption are huge. Motorola's F3 was the first e-paper mobile phone and it could last almost a week between charges.

Sony already has a working relationship with e-paper vendor E Ink to develop its Mobius flexible e-paper displays as digital magazines, but it's possible that the two could partner on other devices as well.

The idea for Sony's e-paper watch came from a staffer who pitched it to the company's internal product incubator team set up by CEO Kazuo Hirai to fast-track interesting new projects. The Sony Seed Acceleration Program has engineers suggesting their ideas to management, or to an outside team of business folk, for approval to develop them further.

According to Sony documentation, there were 187 proposals under the program in its first six months of operation, with 80 being cleared for development. Whether or not they'll come to fruition depends on bosses at the struggling firm being willing to take a few risks. ®