Everyone else in Europe compensates us - why can't you? 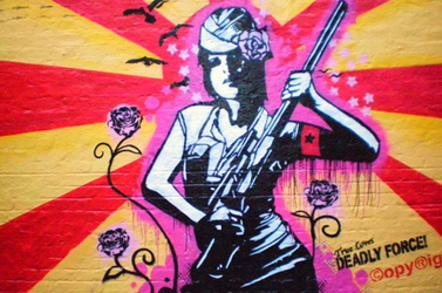 Musicians and composers have launched a High Court legal challenge to a change the government has made to UK copyright law. British bureaucrats insisted on introducing a long-overdue private copying exception without compensation - the only European state to do so.

The exception "legalises" the making of a copy of legitimately purchased personal media for personal use, and is something that has been available to every EU member state since 2001.

However, the UK implemented it without the "fair compensation" owed to artists and performers as spelled out in Article 5 (2) (b) of the Copyright Directive. EU countries pay something back in the form of a fund (say, for young artists) or a levy.

However, for reasons known only to itself, officials at the Intellectual Property Office (IPO) insisted that the UK government didn’t have to, arguing the value of the music was “priced in”.

Successive copyright ministers (the UK's coalition government has had four in as many years) simply failed to defuse the bomb their officials had planted in their ministerial briefcase.

The litigation on behalf of composers' society BASCA and the Musicians Union, backed by umbrella group UK Music, argues that this is not a supportable argument. In an analysis prepared by veteran economist Dr Stan Liebowitz (Ashbel Smith Professor of Managerial Economics at the University of Texas at Dallas) it's argued the UK government is acting illegally under EU rules because the “priced in” argument can’t “fully or even significantly” compensate rights holders.

He should know: Leibowitz himself pioneered the "priced in" economic concept in the 1980s, and claims the idea has been misused.

“The exception also represents a transfer of value to the tech sector, by favouring international technology companies over our own creative industries, namely the musicians and composer communities,” said Vicky Bain, BASCA CEO. “The new law has been sold as a measure which will bring clarity, yet if anything, the inclusion of Cloud locker services will increase confusion amongst consumers.” ®

+Comment Judicial reviews are expensive to mount, and they also cost the taxpayer dearly. This challenge will ensure the lawyers enrich themselves from a policy change that’s hard to defend. At best, the review will delay the implementation of a Private Copying Exception for 18 months and at worst ministers may want to kick it into the long grass - devising an EU-compliant alternative that does provide compensation.

Meanwhile, until last month [PDF], it was technically a breach of UK law to make a private copy of a CD or ebook you had purchased, a modern absurdity.

Musicians and songwriters have traditionally been on the sticky end of a value chain dominated by large record companies. Now they’re on the end of an even stickier one, with bureaucrats joining in. ®