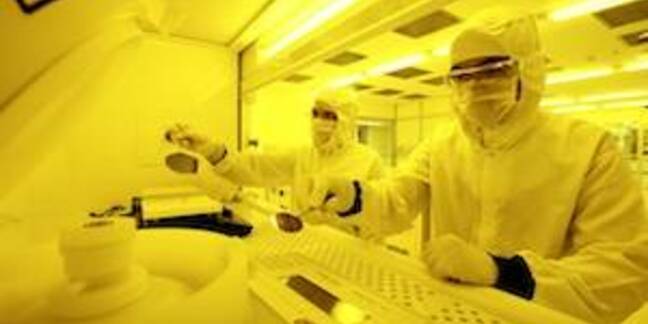 Oxford boffins have vowed to have the largest quantum computer ever made up and running within five years and help Blighty regain its place at the top of the tech world.

The government has announced the creation of four "Quantum Technology Hubs" which will collaborate to build a small device called the Q20:20.

Sadly, this won't be a quantum laptop but a scalable machine which will open a "pathway to quantum computers big enough to tackle any problem". It will be the largest quantum computer ever built, Oxford Uni claimed.

This new effort will be led by the Oxford Hub for Networked Quantum Information Technologies and funded by a £270m investment announced by UK Chancellor George Osborne last year.

Despite the announcement that there will be only four hubs, nine universities and more than a dozen industry partners are involved in the scheme. Bath, Cambridge, Edinburgh, Leeds, Southampton, Strathclyde, Sussex, and Warwick will join Oxford in the effort.

"Quantum computing will enable users to solve problems that are completely intractable on conventional supercomputers. Meanwhile, quantum simulation provides a way to understand and predict the properties of complex systems such as advanced new materials or drugs, by using a quantum device to mimic the system under study," said Professor Ian Walmsley, at Oxford Uni's Department of Physics.

The primary use of the Q20:20 will be to develop machine-learning techniques which can recognise patterns in data without a human having to get involved.

"The Oxford-led Hub will use a novel network architecture, where building blocks such as trapped ions, superconducting circuits, or electron spins in solids, are linked up by photonic quantum interconnects. This naturally aligns with the work at other Hubs, through systems such as distributed sensors and communications networks," Walmsley added.

It might be difficult to believe, but good old Blighty once led the world in computing. The boffins at Bletchley Park were the first to design a programmable computer, which our government failed to capitalise on by keeping its existence a secret until the seventies. Now Colossus is little more than a museum piece; a relic of the days when Britain ruled the electromagnetic waves, as well as the wet ones.

Of course, the UK is also home to ARM Holdings semiconductor boffinry and is the place where graphene was discovered.

"This investment in quantum technologies has the potential to bring game-changing advantages to future timing, sensing and navigation capabilities that could support multi-billion pound markets in the UK and globally," said Greg Clark, minister of state for universities, science and cities.

So do you think Blighty will manage to hit this five-year quantum computing deadline and once again be a proud tech nation?

Get in touch and help us take a quantum peep at the next generation of British computing. ®