Hey, here's some face-tracking tech from Samsung you probably won't find creepy at all

It's cool! It's fine! It'll be open source, we swear, says chaebol 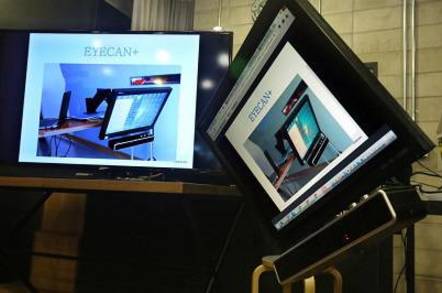 Samsung says it'll release the source code to software that allows physically disabled people to move a mouse pointer with their eyes.

The South Korean tech giant promised to publish hardware blueprints and code for its Eyecan+ box so others can develop it further and sell as a thing.Samsung said it won't turn the tech into a product, but will manufacture a limited run of the kit to donate to charities.

The chaebol didn't specify what the open-source license will be, nor where you can find the Eyecan+ code, although the first iteration of Eyecan was licensed under the GNU GPL v3 and can be found here [source code].

The Eyecan+ is a box that sits under a monitor and uses a camera to track the movement of the eye to control an attached PC. The device does not require the user to wear any hardware and only requires minimal calibration to become familiar with the user's gaze. 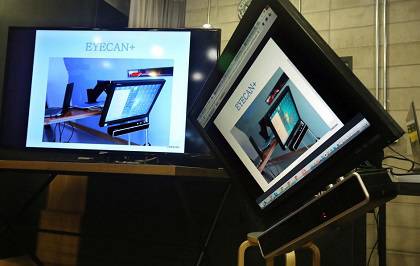 Samsung's Eyecan+ operates without the need for special glasses or headsets

Samsung has designed the device to perform basic tasks such as creating and editing text documents or web browsing.

It hopes that the system will help quadriplegics and those who cannot use their arms to better interact with computers. The company said the new Eyecan+ model was designed in part by a quadriplegic grad student who worked with Samsung at its Seoul campus to develop the user interface and other elements.

The Eyecan+ is the second specialized eye-tracking device to be developed by Samsung engineers. The company produced the original Eyecan in 2012. Samsung's other person-tracking tech in its smart TVs have left people unnerved, however. ®