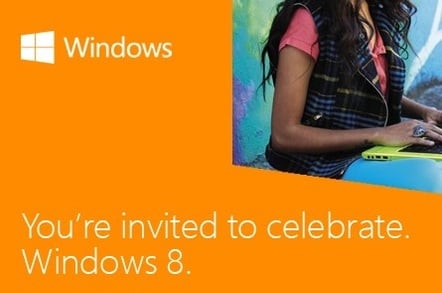 Market-watcher IDC has bad news for makers of tablets and two-in-one typoslabs like Microsoft's Surface: sales of the former are going to slow markedly and punters are avoiding the latter due to Windows 8.

“The worldwide tablet market is expected to see a massive deceleration in 2014 with year-over-year growth slowing to 7.2%, down from 52.5% in 2013,” the company writes, before suggesting two reasons for the crash:

The firm also says that two-in-one devices like Microsoft's Surface aren't doing well, largely because of “consumer hesitancy around the Windows 8 platform”.

Thanks for everything, Mr Sinofsky.

As the table below shows, the news isn't all bad for Windows, as the analyst firm believes it will grow faster than either Android or iOS.

As the data above shows, the firm also predicts that the tablet market will grow between now and 2018. But it also looks like developing nations aren't going to take to tablets with much enthusiasm: 2018 annual sales are expected to reach 136.6 million, just 20.2 million ahead of next year's sales.

Another takeout: the notion that tablets will outsell PCs now looks fanciful, even with the PC market's ongoing decline. Which means tablets probably aren't taking over as primary content creation devices, said he as typed on his full-size keyboard and gazed at a 24-inch monitor. ®