New 'Internet Security Council' struggling to get off the ground

With just 10 nominations, and one contribution, are people voting with their feet? 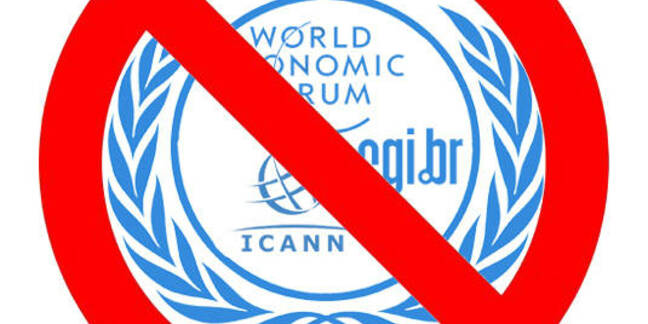 Plans for a new internet governance body are struggling to get off the ground after blowback from the internet community itself.

The NetMundial Initiative was formally launched three weeks ago as an open source platform that would enable people to collaborate on internet governance issues.

However observers immediately took issue with the fact that before the organizers had done anything to actually build the platform or identify the issues it would tackle, they had created an oversight body where they would pick the members – and they granted themselves "permanent seats."

Just a week later, the Internet Society – one of the organizations that had been offered a permanent seat – blasted the initiative saying it was "concerned" about "the way in which the NETmundial Initiative is being formed" and noting that it "does not appear to be consistent with the Internet Society’s longstanding principles." It refused to take up the offer the seat.

That stance was quickly reiterated by one group of civil-society individuals and led to discussions on other civil-society mailing lists about whether to effectively boycott the whole scheme.

The organizers, who had planned for a flood of applications to the 20 positions on its "Coordination Council", have so far received just 10, with only two weeks left until the announced deadline. And the entire idea of building a list of proposals and ideas for improving the internet's functioning has managed to attract a solitary contribution.

Whose name must not be spoken

The initiative itself has become so controversial in internet governance circles that mention of the NetMundial conference - which the initiative has tried to ride on the back of - had to be exorcized from a statement delivered to a recent meeting in China in case the two were confused.

Having spent weeks traveling the globe selling his NetMundial Initiative vision, the key individual behind the plan – ICANN CEO Fadi Chehade – was noticeably less vocal about it on ICANN's first ever "Stakeholder Call" last week. He barely mentioned internet governance and refused to discuss the impact of the Internet Society's rejection of his plans, saying only that he was "in discussion with the ISoc Board to understand what is driving the announcement."

In an effort to appear responsive, the NetMundial initiative – really ICANN staff – published an FAQ seeking to explain their decision to create what we termed a "UN Security Council for the internet".

The document is full of carefully worded descriptions but walks around the central issue of why ICANN and its two co-organizers felt they should design a new body with such a broad goal and then put themselves into an unmovable position in the heart of it. It is also not clear why ICANN, as a purely technical body, should have a role in an organization whose claimed mission is to tackle non-technical issues.

Continuing this seemingly tone-deaf approach, the document appears to confuse a "bottom-up process" with the ability for people to self-nominate for a council that the organizers devised and will have final say over.

Next week, the other body offered its own permanent seat on the council, the Internet Governance Forum (IGF), will meet in Geneva. But there is some uncertainty over whether the IGF will accept the seat either, with some members of the IGF's advisory body in favor of taking it up and others raising the same concerns as ISoc and asking for more thought and discussion on the topic before a decision is made.

It will be the main topic of discussion in the afternoon of the first day of its two-day meeting.

So far at least, ICANN/NetMundial is not giving ground on its plans. And so the internet and business communities are simply refusing to engage. As techies are fond of saying: "The 'net interprets censorship as damage and routes around it." ®