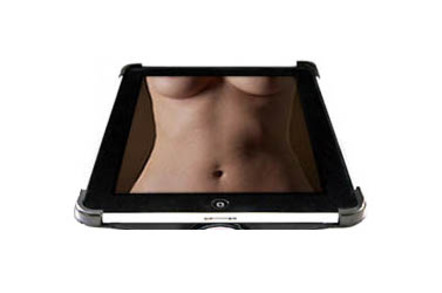 The Reg has found several wannabe blue movie stars who have offered to expose their most intimate parts in exchange for donations via Snapcash, the micropayments system introduced by the firm last week.

Brazen men and women have already advertised their sexual services on Reddit. All pervy-picture hunters need do is befriend them on Snapchat and send over a small payment using Snapcash.

However, the adverts should come with a health warning, as following up adverts for nude images online often leaves the respondent with a hole in their pocket rather than a bulge.

One person claiming to be a 19-year-old man said he was "a twink looking for a Snapcash sugar daddy", whilst another man wanted to "try out" the new service.

Send him money and a snap, the alleged 18-year-old said, and he would "reward you if I like what I see".

We also saw a picture of a smooth-bummed, beefy and bearded man called MuscularHungGuy, who said "it was time for a skinny dip". He has already shared an image which shows him about to plunge into a waterfall and promised much, much more if anyone was willing to send him Snapcash.

A person claiming to be an 18-year-old woman said she was "willing to do anything and I mean anything for Snapcash".

She claims to have already carried out a live sex show using Snapchat and says she's now in the process of organising another.

Snapcash, a partnership with payments firm Square, started up by Twitter co-founder Jack Dorsey, allows you to send small amounts of money to any of your contacts regardless of whether they have sent you a snap. The app allows you to enter your debit card payment information securely and message your contact an amount that you specify which is then deposited into their bank account. It is available on Android now and is coming to iOS soon. It is currently only available Stateside.

The firm is pitching the new service as a competitor to micropayments apps such as Google's One Pass.

Snapchat is currently valued at up to $10bn but has yet to turn a profit. Last month it began serving up adverts to its users in the US, explaining in a blog post that it "need[s] to make money".

El Reg would like to point out that Snapchat has not advocated the use of its micropayments service for this particular purpose.

Perhaps it is just as well, as an adult industry bigwig explained.

Todd Glider, CEO of "sex tech mag" BaDoink, told us that investors were still terrified of investing in any business with a vaguely pornographic tinge. "It smacks a scarlet letter on the chest of the company.

"Investors are people. Picture it. You come home from work and your wife asks: 'What did you do today, honey?

His company has already published a blog exploring its views of Snapcash in some detail.

"Snapchat have made their first foray into the world of sex-tech," wrote BaDoink's Joseph Viney.

"Let’s not forget the level of simplicity that Snapcash will be operating at. You strike up a contact with a cam girl via Snapchat, you negotiate a fee for one or more pictures, the money is exchanged between client and model and the pictures are sent. After ten seconds, they largely disappear forever and both parties remain satisfied.

"In short: the messages disappear but the money doesn’t.

“I use Snapchat on a daily basis to keep in touch with clients and entertain them throughout the day,” she said. “I haven’t used it yet to meet new clients but I think the new Snapcash feature may make that possible. I’m hoping it will make accepting tips very easy and help me expand my clientele.”

Snapchat has not yet responded to a request for comment.

Have you paid for any sexy selfies using Snapcash? Are you offering any? Get in touch and let us know. ®