US taxmen won't say WHY they're probing Microsoft. So Redmond is suing the IRS 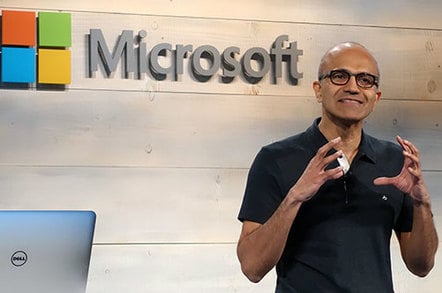 The US Internal Revenue Service has been digging into Microsoft's tax records from 2004 through 2009, and Redmond has filed a lawsuit against the government to find out why.

In documents [PDF] filed with the US District Court of the District of Columbia on Monday, Microsoft alleges that the IRS has failed to respond to a Freedom of Information Act (FOIA) request for records related to the agency's contract with Quinn Emanuel Urquhart & Sullivan, a law firm hired to investigate the software giant.

The IRS's contract with the firm, signed in May 2014, is reportedly worth $2,185,500 – although what that sum may have bought it is unclear, because the related documents have yet to be disclosed.

What is clear is that Quinn Emanual was hired to investigate certain transactions between Microsoft and its own foreign subsidiaries, which presumably were organized as a way for Redmond to reduce its US tax burden.

The government's audit only concerns the five years beginning in 2004, but the IRS said in court documents that Microsoft's activities during the period "may have continuing relevance," insofar as it may have kept up the same "transfer pricing" practices that were under investigation.

Legally, the government has 20 working days to determine whether to comply with a FOIA request, but it has twice asked for additional time to respond to Microsoft's inquiry, which was filed in September.

Redmond claims the IRS is dragging its feet on purpose.

"Defendant's failure to timely respond is arbitrary, capricious, an abuse of discretion, not in accordance with law, and without observance of procedure required by law, all in violation of the [Administrative Procedure Act]," Microsoft's attorneys state in court documents.

Microsoft isn't the only tech company under the IRS's magnifying glass for overseas funds transfers. Last year, the taxmen slapped Amazon with a bill for $234m in unpaid taxes over similar procedures.

Redmond's lawsuit against the IRS seeks both the documents in question and payment of attorneys' fees it incurred in filing the suit. ®

A Microsoft spokesman has been in touch after publication to say: "Government agencies, funded by citizens, have an obligation of transparency under the Freedom of Information Act. The IRS has failed to meet the deadline to respond to a valid FOIA request, and we’re simply asking a Court to ensure that the IRS meets its obligations."