Weekend woe for BT as telco struggles to restore service 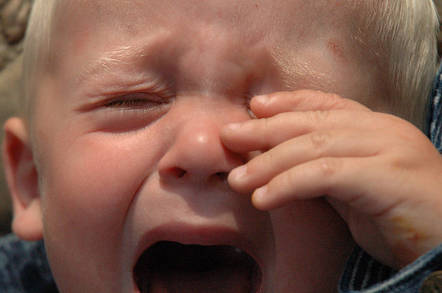 Yahoo! has apologised to customers, some of whom have been unable to access their email accounts since Thursday, after an underwater fibre cable was mistakenly severed.

The Purple Palace blamed an unnamed outfit for the major mishap. It said in a status update on its website:

We are aware that Yahoo Mail is slow or inaccessible for some of our users. The issues were a result of an underwater fiber cable cut, caused by a third party while fixing a separate cable.

A cable repair ship has been mobilised and will be at the site this weekend. We apologise for the inconvenience as we certainly understand email is a critical service for our customers.

Sky and BT customers in Blighty were also hit by the sizeable outage, because both telcos use Yahoo!'s mail servers.

The Register heard from one Sky customer who told us that he had suffered disruption to his mail service for days.

We are pleased to announce the Sky Yahoo Mail log-in is now resolved,We apologise for any inconvenience caused

It's a different story for BT, however. The one-time national telco was still struggling to get its mail system back up and running, at time of writing.

@hairy5 We're still working on this I'm afraid. You can check for updates here http://t.co/7ffeuKZxkq