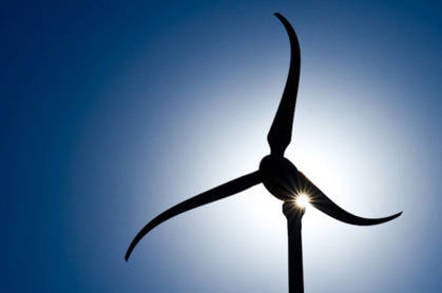 Comment Two highly qualified Google engineers who have spent years studying and trying to improve renewable energy technology have stated quite bluntly that renewables will never permit the human race to cut CO2 emissions to the levels demanded by climate activists. Whatever the future holds, it is not a renewables-powered civilisation: such a thing is impossible.

Both men are Stanford PhDs, Ross Koningstein having trained in aerospace engineering and David Fork in applied physics. These aren't guys who fiddle about with websites or data analytics or "technology" of that sort: they are real engineers who understand difficult maths and physics, and top-bracket even among that distinguished company. The duo were employed at Google on the RE<C project, which sought to enhance renewable technology to the point where it could produce energy more cheaply than coal.

RE<C was a failure, and Google closed it down after four years. Now, Koningstein and Fork have explained the conclusions they came to after a lengthy period of applying their considerable technological expertise to renewables, in an article posted at IEEE Spectrum.

At the start of RE<C, we had shared the attitude of many stalwart environmentalists: We felt that with steady improvements to today’s renewable energy technologies, our society could stave off catastrophic climate change. We now know that to be a false hope ...

One should note that RE<C didn't restrict itself to conventional renewable ideas like solar PV, windfarms, tidal, hydro etc. It also looked extensively into more radical notions such as solar-thermal, geothermal, "self-assembling" wind towers and so on and so forth. There's no get-out clause for renewables believers here.

Koningstein and Fork aren't alone. Whenever somebody with a decent grasp of maths and physics looks into the idea of a fully renewables-powered civilised future for the human race with a reasonably open mind, they normally come to the conclusion that it simply isn't feasible. Merely generating the relatively small proportion of our energy that we consume today in the form of electricity is already an insuperably difficult task for renewables: generating huge amounts more on top to carry out the tasks we do today using fossil-fuelled heat isn't even vaguely plausible.

Even if one were to electrify all of transport, industry, heating and so on, so much renewable generation and balancing/storage equipment would be needed to power it that astronomical new requirements for steel, concrete, copper, glass, carbon fibre, neodymium, shipping and haulage etc etc would appear. All these things are made using mammoth amounts of energy: far from achieving massive energy savings, which most plans for a renewables future rely on implicitly, we would wind up needing far more energy, which would mean even more vast renewables farms - and even more materials and energy to make and maintain them and so on. The scale of the building would be like nothing ever attempted by the human race.

In reality, well before any such stage was reached, energy would become horrifyingly expensive - which means that everything would become horrifyingly expensive (even the present well-under-one-per-cent renewables level in the UK has pushed up utility bills very considerably). This in turn means that everyone would become miserably poor and economic growth would cease (the more honest hardline greens admit this openly). That, however, means that such expensive luxuries as welfare states and pensioners, proper healthcare (watch out for that pandemic), reasonable public services, affordable manufactured goods and transport, decent personal hygiene, space programmes (watch out for the meteor!) etc etc would all have to go - none of those things are sustainable without economic growth.

So nobody's up for that. And yet, stalwart environmentalists like Koningstein and Fork - and many others - remain convinced that the dangers of carbon-driven warming are real and massive. Indeed the pair reference the famous NASA boffin Dr James Hansen, who is more or less the daddy of modern global warming fears, and say like him that we must move rapidly not just to lessened but to zero carbon emissions (and on top of that, suck a whole lot of CO2 out of the air by such means as planting forests).

So, how is this to be done?

Next page: Revealed: The disruptive new energy technology that could save the human race
Page:
Tips and corrections
313 Comments