GCHQ and Cable and Wireless teamed as Masters of the Internet™ 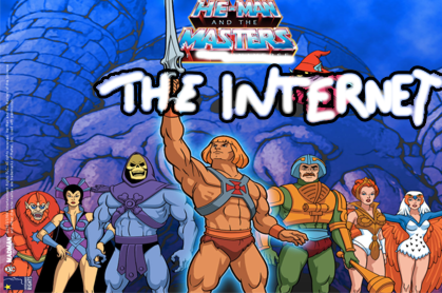 The telco, since acquired by Vodafone, operated under the GCHQ pseudonym "Gerontic" when it opened and managed a secret fibre tap code named "Nigella" in a major backbone link owned by Indian telco Reliance Communications giving access to users in the subcontinent and Asia.

Nigella was located at an intersection of Cable and Wireless and Reliance links at Skewjack Farm in Cornwell. It was there the GCHQ planned to sniff data from the Indian carrier.

For its efforts Channel4 revealed Cable and Wireless was paid tens of millions of pounds under the program aptly named 'Mastering the Internet' that cost up to a million pounds a month to run.

The telco's relationship with the spy agency appeared cozy, with the former being referred to as a 'partner' and offering updates on how government goons may better access and intercept the world's data.

"This was not a company doing the minimum required by law," Channel4 reporter Geoff White said of the cited but unpublished Snowden documents.

"We will only supply information to government when we are legally compelled to do so, we won't go beyond the law and we will comply with due process," Deadman said.

Vodafone, like other telcos beleaguered by spy revelations dropped by NSA leaker Edward Snowden, has denied the GCHQ had direct access to its network and that any interception was done on the back of proper warrants, even when it tapped foreign telcos.

The agency said, in a canned comment, that it does not comment on intelligence matters and operates with rigorous oversight. ®