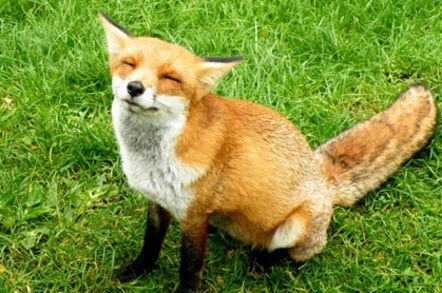 Mozilla will make Yahoo! the default search engine for Firefox in the US, ending its decade-long pact with Google. The new deal affects the open-source browser on the desktop and on mobile devices.

Lest we forget, Yahoo! Search is powered by ... Microsoft Bing.

Terms of the new search deal were not disclosed, but the arrangement will last for the next five years before Firefox's built-in search box again comes up for bids, Mozilla and Yahoo! said in a joint statement issued on Wednesday.

Although Firefox users have always been able to choose their own search provider, Google has been the global default since 2004, thanks to an arrangement that saw the online giant pay royalties to Mozilla for searches originating from its browser.

In past years, those royalties have accounted for nearly all of Mozilla's funding. The not-for-profit has yet to publish its 2013 annual report, but in 2012 it received $311m in total revenues, of which 90 per cent came from its partnership with Google.

As recently as last week, Mozilla was trying to renegotiate that arrangement – which was last extended in 2011 – but to no avail.

Mozilla wouldn't discuss details of its wranglings with Google with The Reg, but it's possible that the talks broke down over the Firefox-maker's stance toward the Do Not Track browser privacy standard.

Mozilla is a strong supporter of the tech, which browsers can use to instruct websites not to follow them with tracking cookies, but Google – the world's largest online advertising company – has been less keen.

Yahoo!, meanwhile, has outright ignored the Do Not Track signal on its own websites since May. As part of its deal with Mozilla, however, it says it will now recognize Do Not Track again – but only for Firefox users, curiously enough.

In a Wednesday blog post, Mozilla CEO Chris Beard explained that although Mozilla no longer has a business relationship with Google, Google Search will still ship as a preinstalled search option in Firefox, and Mountain View will continue to power the browser's Safe Browsing and geolocation features.

The end of Mozilla's funding relationship with Google, however, does leave Firefox without a global default search engine. Mozilla does have partnerships with some other search providers around the globe – including Yandex for Russia and Baidu for China – but it seems unlikely that these, combined with Yahoo!'s US-only search sponsorship, will be able to match the hundreds of millions of dollars the not-for-profit received from Google each year.

Cryptically, Mozilla and Yahoo!'s joint statement added that their new arrangement "also provides a framework for exploring future product integrations and distribution opportunities to other markets."

Beard's blog post further hinted that Mozilla plans to explore other kinds of funding opportunities – which surely will come as good news to those who worried that Mozilla had grown too reliant on Google, a company that doesn't necessarily share all its values and actually competes with Firefox in the browser market.

"We will now focus on expanding our work with motivated partners to explore innovative new search interfaces, content experiences, and privacy enhancements across desktop and mobile," Beard wrote.

In what may be one example of these new kinds of partnerships, Yahoo! CEO Marissa Mayer said in a blog post that a new, retooled UI for Yahoo! Search will launch as an exclusive for US Firefox users in December, before eventually rolling out to all Yahoo! users in early 2015.

How the new arrangement might affect the Purple Palace's share of the search market as compared to Google, on the other hand, remains to be seen, but Mayer's blog post sounded an optimistic note.

"This is the most significant partnership for Yahoo in five years and we’re so proud that Mozilla has chosen us as their long-term partner in search," Mayer said. ®