You can't poke me, I'm part of the union 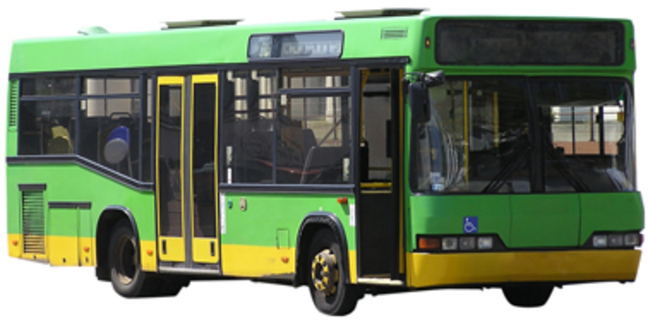 Facebook's shuttle bus drivers have voted to join the Teamsters union – as anger grows over the pay disparity between moneybags engineers and cash-strapped service workers.

The unhappy drivers work for Loop Transportation, which has a contract to ferry Mark Zuckerberg's staff to and from San Francisco, the East Bay and the Facebook campus in Menlo Park, California.

After complaining of poor pay and lousy working conditions, the drivers voted to join one of the biggest private sector unions in the US.

To some Brits, the Teamsters name might sound more like a burger chain than a union. But Stateside, Teamsters represent some 1.4 million people.

Rome Aloise is international vice president and secretary-treasurer of Teamsters Local 853, a regional wing of the union.

He said: "I hope going forward this will set a trend with other drivers in Silicon Valley and the tech industry so we can set a pattern to make the companies pay these drivers decent wages and benefits so they can live a decent life."

Service workers in Silicon Valley are becoming fed up of watching their customers get richer and richer, whilst their own wages are stuck at rock bottom.

The drivers claimed to earn between $18 and $20 a hour, whilst executive Facebookers luxuriate in six-figure salaries.

The bus chief said: "Loop Transportation respects the election results and the decision of our drivers who service Facebook. Even though we don't feel that our drivers' interests are best served by union representation, our drivers have spoken and we will now begin the negotiation process."

In a blog post, Loop Transportation employees described starting work at the crack of dawn, driving Facebookers to work before clocking off for a six-hour unpaid break.

Many workers live too far away to get home during this down period, so spend the day snoozing in their car or hanging around in a miserable trailer with up to 40 other drivers.

After ferrying Facebook workers back to their homes, drivers manage to make it home at about 9pm, just as their children are nodding off.

“When I leave the house at 5:30 each morning for my morning route, my kids are asleep,” said 52-year-old Jimmy Maerina. “And by the time I make it home around 9, they are getting ready to turn in for the night. I miss family dinners, helping with homework – all the little things that a family is supposed to do together.

“We need a union here at Loop in San Carlos – an advocate that will stand up for our rights. We feel that is the only way Loop will listen to us and take steps to address our concerns.”

The issue was first raised in a letter (PDF) from Teamsters addressed directly to Mark Zuckerberg himself.

It said that although Facebook workers earn "extraordinary" wages, the poorly paid drivers and other service workers can barely afford to send their kids to school, let alone buy a decent house anywhere near work.

"This reminiscent of a time when noblemen were driven around in their coaches by their employees," the union wrote. "Frankly, little has changed; except the noblemen are your employees and the servants are the bus drivers who carry them back and forth each day."

Are you fed up of working for Silicon Valley fatcats? Get in touch and let us know. ®