After USA FREEDOM Act's failure, what's next for mass surveillance?

Patriot Act foes could be in for a disappointment 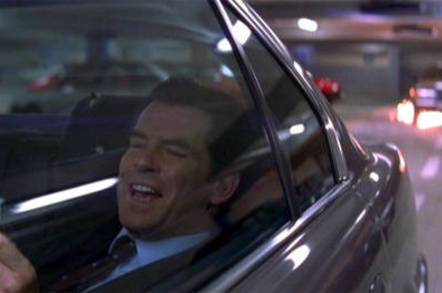 Analysis This week the US Senate failed to get the required 60 votes to beat a Republican filibuster on the USA FREEDOM Act, which would have instituted mild controls on the bulk collection of communications data on American citizens.

The vote was largely along party lines, although Senator Ted Cruz (R-TX) voted with the Democrats to try and break the deadlock, saying the current situation was a violation of the Constitution. Three other Republican senators from Utah, Nevada, and Alaska joined him.

Conversely, Senator Bill Nelson (D-FL) voted against his party to kill off the legislation, on the grounds that it would have harmed intelligence gathering.

"That's why he voted 'no' on the measure last night. He believes the bill would have undone a provision allowing for retention of certain telephone records that he feels is helpful in preventing future terrorist attacks."

The wild card in the vote was Senator Rand Paul (R-KY), a libertarian-leaning politician who said he voted against the USA FREEDOM Act because it didn't go far enough and, crucially, because it would have delayed the vote to reauthorize parts of the Patriot Act – specifically Section 215 which authorizes (in the eyes of the government) bulk data collection.

"As Benjamin Franklin put it, 'those who trade their liberty for security may wind up with neither,' Paul said. "[Tuesday's] vote to oppose further consideration of the Patriot Act extension proves that we are one step closer to restoring civil liberties in America."

Paul's position is that the Patriot Act itself is a bigger problem and tinkering around the edges in the way proposed by USA FREEDOM isn't the answer. As part of a deal, the bill's sponsor inserted a clause which would have reauthorized the Patriot Act until 2017, instead of the June 1, 2015 expiry that is scheduled at the moment.

Yes, you read that right. The crucial bit of the Patriot Act – the section that enables "the production of business records and other tangible things; roving electronic surveillance orders; and a revised definition of "agent of a foreign power' to include any non-U.S. person who engages in international terrorism or preparatory activities" – is set to die in June next year.

The USA FREEDOM Act would have extended that to December 2017, but it was shot down. So what are the chances the law will not be renewed before next summer? Based on the rhetoric we heard this week, hopes of the sun setting on the legislation are slim to non-existent.

"This is the worst possible time to be tying our hands behind our back," Republican minority Senate leader Mitch McConnell (R-KY) said on Tuesday. "We live in a dangerous world, and the threat by ISIL only makes it more so."

After the recent US midterm elections, the Republicans will have majorities in both the House of Representatives and the Senate. It seems likely that legislative muscle will be used to reauthorize the Patriot Act when the 114th Congress, under Republican control, forms in January.

Paul said he wants to see the law die, and he has a few supporters in this, but the bulk of the party is set to vote in favor of maintaining surveillance.

In the Democratic Party ranks there is no clear sign that they want to rock the intelligence boat either. President Obama campaigned against the Patriot Act while running for office, but he did a quick reverse ferret once in power – and has been unwilling to take action on the matter.

So, despite the FBI director James Comey claiming that the "pendulum swung too far," against the intelligence agencies post-Snowden, it seems the revelations from Edward Snowden have changed nothing in terms of the NSA's activities. That is, unless our political masters actually grow a pair.