Will take on Intel, ARM rivals for the data center 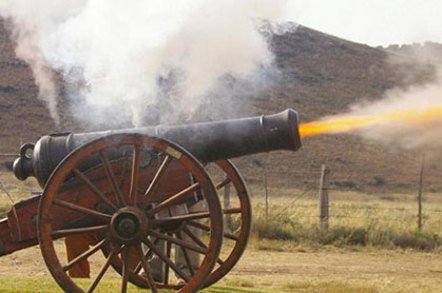 Mobile chip heavyweight Qualcomm has confirmed that it plans to make a run at the server market, although details remain scant.

Qualcomm CEO Steve Mollenkopf revealed that the firm is working on chips for the data center during a meeting with financial analysts in New York City on Wednesday, without giving away any specific product details.

Presumably, this means Qualcomm will join several other companies in developing chips based on ARM Holdings' 64-bit ARMv8-A architecture, including AMD, AppliedMicro, and Cavium, among others.

Qualcomm is already the world leader in ARM chips for smartphones with a 58 per cent revenue share, according to market research firm Strategy Analytics. It has been so successful, in fact, that the Chinese government has accused it of having a monopoly in the region, despite local competition from the likes of Allwinner, MediaTek, and Rockchip.

The market for ARM chips for servers, on the other hand, is only just emerging. Early pioneer Calxeda fizzled out when operating systems vendors shied away from its 32-bit designs. But with Red Hat and maybe even Microsoft now on board with ARMv8-A, ARM chipmakers have begun eyeing the data center market with renewed vigor.

AppliedMicro already has a 64-bit ARM chip that has made its way into HP ProLiant servers. Meanwhile, AMD, which also cranks out 64-bit x86 chips, has begun touting its 64-bit "Seattle" ARM processor as an alternative for high-density data centers that prize low power consumption over raw performance.

Qualcomm lacks AMD's experience in server processors. But the real trick will be convincing customers that ARM technology offers better value for servers than other processor architectures, including x86-64, OpenPower, and Sparc.

During Wednesday's presentation, Mollenkopf played a video in which Jay Parikh, Facebook's VP of infrastructure engineering, said Qualcomm-based servers would give the company "the ability to rethink the way that we have built certain parts of our infrastructure," although he didn't commit to any purchases.

Other high-volume buyers, however, remain skeptical of ARM in the data center. During a talk at the AWS re:Invent conference in Las Vegas last week, for example, Amazon VP and distinguished engineer James Hamilton told The Reg that although he regularly evaluates ARM's tech, he feels it's "not quite moving fast enough" when compared to Intel.

Mollenkopf did not say on Wednesday when he expected Qualcomm to bring a server chip to market, and he stressed it would take time for the company to build this new business. He did say, however, that he believed the market for ARM server processors could be worth $15bn by 2020, and that Qualcomm plans to capture a piece of it. ®