Free speech, we've heard of it 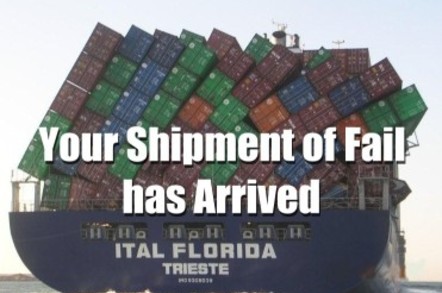 A British couple is fuming after a hotel reportedly charged them an extra £100 for leaving a damning TripAdvisor review.

Tony and Jan Jenkinson spent one night at the Broadway Hotel in stunning Blackpool, were distinctly unimpressed with the experience, and wrote about it on travel reviews website TripAdvisor.

But they had neglected to spot a clause in the room booking form that warned of a £100 charge if guests slagged off the hotel online.

"Annoyed isn't strong enough for how I feel about this, what happened to freedom of speech?" Mr Jenkinson, 63, told the BBC. "Everybody we have spoken to says they are not allowed to do this."

He said the warning of the review charge was on the booking form, but claimed his wife hadn't been wearing her glasses when she signed the paperwork for the £36-a-night stay – and thus failed to clock the fine print.

The couple have asked their credit card company for the money back, and Trading Standards officers are apparently checking out the case.

"I have worked for trading standards for many years and have never seen anything like this," John Greenbank, a Trading Standards area manager, told the Beeb.

"The hotel management clearly thinks they have come up with a novel way to prevent bad reviews, however we believe this could be deemed an unfair trading practice."

Whatever the outcome of the investigation, the hotel in question is unlikely to have done itself any favors with the policy. The owners are not the first to try such a tactic and the results of banning reviews are seldom good.

Take, for example, the case of the Union Street Guest House in Hudson, New York. It instituted a $500 charge for guests who posted bad reviews of the facilities, but when word of the fine spread, the hotel's Yelp rating was hammered by bad reviews written by people who had never been there.

That said, the British hotel already has a bit of a problem on the reviews front. It has a single review on Yelp – a one-star write-up from an American citing the policy – but its TripAdvisor page has 26 pages of reviews, yet it only manages two out of five stars.

In all, 150 of the 259 TripAdvisor reviews rate the hotel as "terrible," and there is some truly scathing stuff on there.

Already it looks as though the trolls have been stirred out of under their bridges and are on the site to post bad reviews. The hotel may be about to discover that charging for bad reviews could be very expensive to their reputation.

Staff answering the phones at the guest house said the management was not available for comment. ®