Microsoft: Your Linux Docker containers are now OURS to command 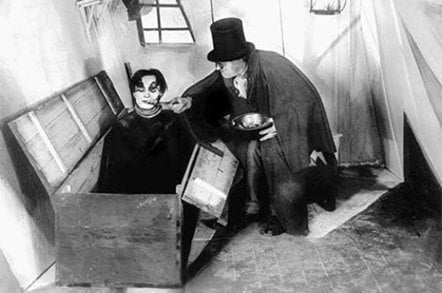 Microsoft has taken its first baby steps toward integrating Windows with the Docker application containerization tech that's caught fire in the Linux world, with the release of Docker client software that runs on Windows desktops.

The client doesn't let you run Windows applications in containers. Microsoft is still working with Docker on that piece of the puzzle, which it says will arrive in the next version of Windows Server.

Instead, the software allows you to manage containers running on Linux hosts directly from your Windows client machine, just as you would if you were managing them from a Linux workstation.

And by "just as you would," we mean it's a command-line client. Before you can use it, you'll need to clone the code from Docker's GitHub repositories and compile it using the Go language toolchain, available from the Go Project homepage, here.

Microsoft developer Ahmet Alp Balkan has written a blog post giving a more detailed description of how to get up and running using Windows. Alternatively, you can also run the build process on a Linux system and cross-compile the tools for Windows.

From there, you'll need to know your way around the Windows shell to get any work done with the Docker client, but if you're familiar with the process on Linux, you should have no trouble – barring a few known issues arising from differences between the Windows and Linux command-line environments.

As for just when we will see compatibility with the Docker APIs in Windows Server, Redmond has said nothing – not even whether the forthcoming version of its server OS will be released at the same time as the Windows 10 client.

To help nudge Windows platform developers toward containerization, however, Microsoft has also released Docker images of the preview of ASP.Net 5 for Linux, the forthcoming version of its open source web app dev platform. More information on how to use the software is available at the project's main GitHub repository. ®