CSIRO carves out another 75 jobs 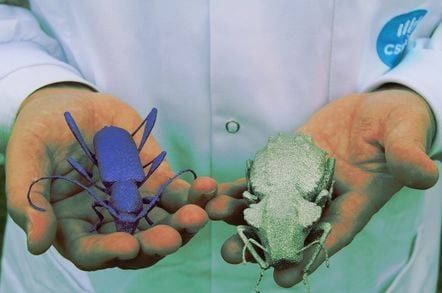 The CSIRO has had to announce yet more staff cuts after one of its divisions failed to meet an external funding target.

According to the CSIRO Staff Association, the digital productivity flagship is one of the agency's targets for the cuts, along with researchers in agriculture and advanced manufacturing. The latter is the home of the CSIRO's 3D printing research, which has shown off its capabilities with titanium insects and horseshoes.

The Digital Productivity flagship is known for its work on social media analysis, the Zebedee 3D mapping technology, and the Ngara high-capacity wireless system.

It's the manufacturing research division that will take the biggest hit, losing 45 positions, while the Digital Productivity Flagship loses 25 researchers and the Agricultural Flagship loses six.

Advanced manufacturing lost $AU4.5 million in this year's $AU111 million federal funding cuts, and the staff association says it was unable to meet a $AU7.5 million target for industry funding of its activities.

The federal government has previously identified both agriculture and advanced manufacturing as priority research areas.

The CSIRO has told media the job cuts aren't new, since they had already been announced as part of the existing restructure.