The optic NERVE of it: Intel declares WAR on InfiniBand 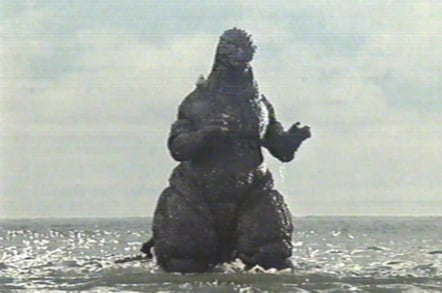 It's no surprise when Intel announces a new processor architecture – that's its main game, after all. However, along with the Knight's Bridge chips released at SC'14, the company seems to have declared war on the HPC mainstream, announcing an optical comms architecture designed to compete with InfiniBand.

The Omni-Path Architecture is an optical HPC interconnect that Chipzilla reckons can beat current InfiniBand switch latency by 56 per cent while operating at a 100 Gbps line speed, supported by a 48 port switch chip (compared to current 36 port InfiniBand silicon).

Omni-Path moves Intel's on-silicon photonics technology into the HPC mainstream – or at least, that's what Intel hopes it will do – and it maintains application compatibility with the company's InfiniBand-based TrueScale architecture.

To support the attempt to take over the world, Omni-Path is supported by a Fabric Builders ecosystem. So far, members include TE, Altair, Bright Computing, Ansys, E4, ESI, FlowScience, Icon, MSC Software, RedHat and SUSE.

The new fabric is designed to support the 3 teraflops Knights Landing, due in the second half of 2015, which Intel reckons will support more than 3 teraflops in a single package. The "next-next gen" of its Xeon Phi range, the 10nm chip codenamed "Knights Hill", has already been signed into deals for like the Los Alamos / Sandia Trinity and the DoE's Cori machine.