You don't want your cat or drunk pics at the office 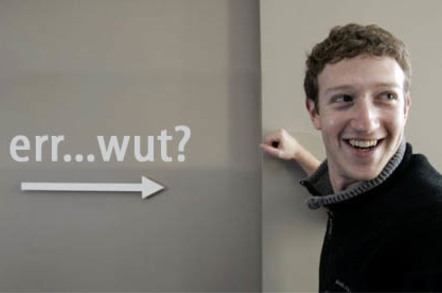 Facebook's decision to hire engineers in London is apparently related to plans to build a biz-friendly platform that will compete with such products as LinkedIn, Microsoft Office and Google's Drive. But, until "Facebook At Work" is ready, Facebookers will still be using ordinary Facebook at work.

According to an FT scoop, sources familiar with the matter at the Mark Zuckerberg-run company confirmed that such a site was being developed by some of Facebook's engineers in London.

The free content ad network beefed up its developer wares outside of Facebook's Menlo Park, San Francisco headquarters and Dublin, Ireland for the first time in 2013, when it hired a team of engineers in the UK.

The Pink'un said that Facebook staffers already used the site, dubbed Facebook at Work, internally. It is now being put through its paces by a number of companies, apparently, ahead of show time.

Up until now, Facebook has been largely shunned by the corporate world, given its propensity for time-wasting during office hours. The site is banned on many company networks.

TechCrunch was first to report on the project in June, citing an anonymous source saying that Zuck's company was developing Facebook at Work. TechCrunch also reported in some detail on the current practice of Facebookers using ordinary Facebook features such as Groups while at work. At the time, it was unclear whether the site would be targeted at the firm's 1.25 billion users worldwide.