Sarong it's right: Coining it in Thailand without a visa

Top money, cheap rent and food ... and fear of a late-night knock 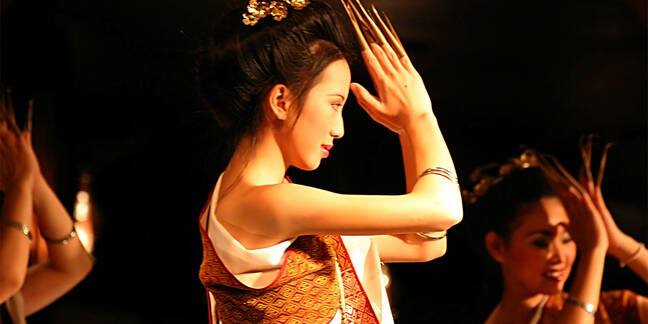 The eXpat files In this week's eXpat files, we're speaking to … well, actually we're not going to use this person's real name, because they may work in Thailand without all the necessary paperwork. Our expat has therefore suggested we use the name “David Green”. So without any further ado, tells us what life's like over there, “David”.

The Register: What kind of work do you do and with which technologies?

David Green: I found out recently that I'm a full-stack developer. I started out with HTML/CSS and that extended into PHP/MySQL. Then the server admin in the start-up I was working with resigned, so I suddenly inherited a load of Amazon AWS instances which included PostgreSQL and Apache SOLR, and backend code using JavaBeans. The Java led into some dabbling with Android apps, and nowadays one of the websites I work with is based on Python Django.

The Register: Why did you decide to move to Thailand? Where do you live there?

David Green: My standard answer to this one is “because I could”, which is a good enough reason for anything sometimes. But I was at a crossroads in my life and realised that I was living to work and working to pay the bills, and if I stopped and cashed it all in, I could raise enough to live on a beach and not have to do a stroke of work for a few years. I moved around the country a bit at first, but have settled in a very small town on the mainland just south of Koh Samui, and have been there for eight years now.

The Register: How did you arrange your new gig?

David Green: When I needed to start earning again, I picked up very low paid jobs from sites like Scriptlance and oDesk, mostly because that was all I could do with my limited experience. I got a couple of longer-term jobs, including a US-based start-up for a year or so and built up my reputation. Then I was approached by a potential client to debug a rush-job website she had commissioned, and I've been working for her and her associate since then, which is nearly four years.

The Register: Pay: up or down?

David Green: In retail banking I was taking home about £1,700 each month and spending most of that. I now take home about £4,500 and spend about a third of it. It's taken a while to get there though.

The Register: How do workplaces differ between the UK and Thailand?

David Green: I used to wear a suit and tie and worked mostly as a manager in a high-street branch, so lots of contact with people and customers. Now I work from home and my uniform is fisherman's pants or a sarong, and I speak with my clients on Skype and email when we need to. So very, very different.

The Register: Will your expat gig be good for your career?

David Green: I've got a good portable skill now, which, for me, is more important than being on a career ladder to a top job. I know I just need a laptop and an internet connection and I can make enough money to live pretty much anywhere. And I could probably get by working about 10 hours a week if I really wanted to.

The Register: What's cheaper in the UK? What's more expensive?

David Green: It's a bit difficult because I've not been back for 10 years, but pretty much everything produced in-country is cheaper. So imported electrical goods are maybe similar in price, and some foods from back home are difficult to get hold of. The overall cost of living just doesn't compare though. I pay £125 UK per month for a three bedroom detached house with office, £18 for electricity and £5 for water. The average meal out is about £8 for three people.

Next page: I'd prefer to be able to pay tax
Page:
Tips and corrections
31 Comments

What happens in Vegas ... will probably go through the huge bit barn Google is building in Nevada

Excuse us, we mean 'Jasmine Development'