BOFH: An UNHOLY MATCH forged amid the sweet smell of bullsh*t

Top dog, meet the Queen of the Hounds

Ah, but what about the scopable tapered bandwidth provision? 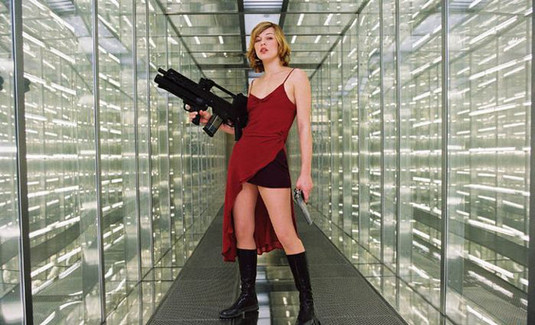 "So what you're saying is that without talking to your clients there's no way of knowing whether you're going in the right direction?" Gina asks.

The Boss, on the other hand, has lapsed into some form of stupor which is an even lower level of the one he normally operates in, and is silent. He blinks occasionally so he's still alive, worse luck.

I decide to continue with the groping exercise by juxtaposing technical words together in an ad hoc manner in an effort to pretend they are real things.

"What I'm more concerned about is that we're investing in hardware capable of several million tera mega flops whereas we might be better placed changing our focus to scopable tapered bandwidth provision with a view to getting full saturation of our core technology platforms, which would, in the broadest sense mean that we're effectively utilising our investment to the tune of 95 to 100 per cent"

The Boss might have stopped blinking, I'm not sure. No great loss.

"So if I'm hearing you right, your existing mega tera flops" she says, emphasising the change in term, "are at a conditional level which might mean that oversupply would simply mean a poor investment choice where utilisation percentages would actually reduce but add no appreciable performance enhancement to your hardware pool?"

"Well I think you've got a handle on it!" the Boss says, pulling the ejector switch and heading for the door. "So I'll just wait for your report Gina?"

Before we know it the Boss has gone leaving Gina, the PFY and me sitting in the room.

And straight away I can see it's one of those power play situations where the first person to talk loses.

"WELL, I think I might go make myself a coffee," the PFY says. "Can I get either of you anything?"

And then there were two.

"What's that, then," I ask, realising that I might know less about power play situations that I thought.

"It's what I think I can get out of your company for doing... uh... absolutely nothing."

"I..." I say, not liking my position in this conversation at all.

"I'll work on my technical analysis for about two weeks – and by 'work' I mean order several cases of wine to be shipped to my holiday place on the French coast, and drink them.

"Then I'll produce an 80-page report full of those ambiguous technical terms we were just using, complete with a two-page executive summary which just says 'Rebrand and Refresh your IT staff and systems'. OR..."

"Or?" I ask, wondering if Gina's single but also worrying about who the alpha dog would end up being.

"OR... I could earn TEN thousand quid, eight of which would come from the company."

"Where would the other two come from," I ask, already suspecting the answer.

Gina just stares back at me.

So it's beta dog or nothing.

"Because that wouldn't teach you a lesson," Gina responds.

Actually, I might even end up gamma dog. Still...

"See," Gina says, "I do this crap year in year out, and I hate it – but it pays really well. And I've so many referees that pretty much every word I say sounds like the words of an intellectual – eve, though I churn out pretty much the same report every single time albeit with some fairly simple changes to paragraph style, keywords, company names, etc.

"I have a Perl script that does it. It's about 100 lines long - but I could make it shorter if I didn't want readability. Basically, in the time it takes me to drive to the airport the report is complete, is dryer than a Tolstoy novel – and yes, that can be done – and it's just the sort of thing management use to cut themselves loose of people in Gordian knot-like contracts."

"And so this is how you do business?" I ask. "And your partners are OK with this?"

"My partners are, sadly, deceased. Mr Lightfoot passed away several weeks ago in a tragic pillow-related sleeping accident at his rest home and Mr Ellice died of a vision-related illness."

"How can you die of a vision-related illness?"

"He didn't see a van. Admittedly, it was on the footpath at the time, but a tragedy nonetheless. So in answer to your question, as the sole living partner, I'm okay with it. Any questions?"