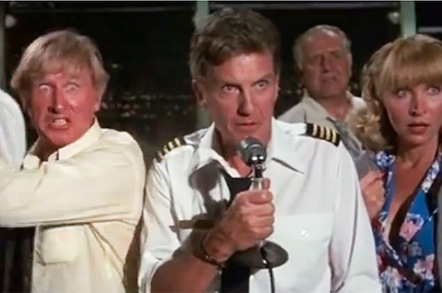 US marshals have reportedly fitted mini mobile phone cells, nicknamed dirtboxes, inside aircraft so that they can locate mobes from the sky.

Or, in other words, another one of Uncle Sam's agencies has found another way to secretly track citizens.

The g-men, who work for the courts and track down fugitives, have a fleet of light aircraft equipped with the surveillance gear, which is made by Boeing subsidiary Digital Receiver Technology (DIRT - geddit?) – hence the nickname.

That's according to The Wall Street Journal, which reports the two-foot-square snooping devices imitate cellphone towers and thus make contact with all handsets in range.

The onboard tech can be programmed to look out for specific handsets by comparing the uniquely identifying IMEI numbers stored in every mobile device.

When the aircraft carrying the gear flies over a suspect, and detects his or her phone, it will then fly on to another location in range and triangulate the mobe's position to within a couple of feet, even down to a particular room in a building.

"DRT has developed a device that emulates a cellular base station to attract cell phones for a registration process even when they are not in use," Boeing said in a 2010 filing [PDF].

The WSJ report said there are five light aircraft equipped with the scanners, and they're parked up at regional airports across the US. The vast majority of the population is within easy reach of the team.

Calls are not disrupted by the overheard search, we're told; the DRT gear labels cellphones as "not of interest" or "of interest."

The FBI uses similar ground-based faux cell tower stations, dubbed Stingrays, which are used in the same way. These are highly controversial, not least because the feds have reportedly tried to cover up the existence of the scanning units.

In the case of dirtboxes, the US Department of Justice – which oversees the marshal service – refused to confirm or deny the report, but anonymous sources familiar with their use said the flying spies-in-the-sky were technically above board (no pun intended).

"What is done on US soil is completely legal," they told the newspaper. "Whether it should be done is a separate question." ®