Is Ubisoft's bugfest really that bad? 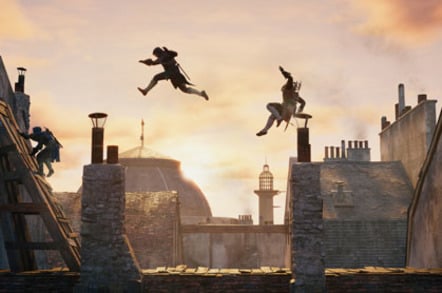 Game Theory Ubisoft left itself with an uphill struggle in trying to top last year's Assassin’s Creed 4: Black Flag, a game that blended the franchise's core gameplay with a swashbuckling style that its buccaneer subject matter demanded. 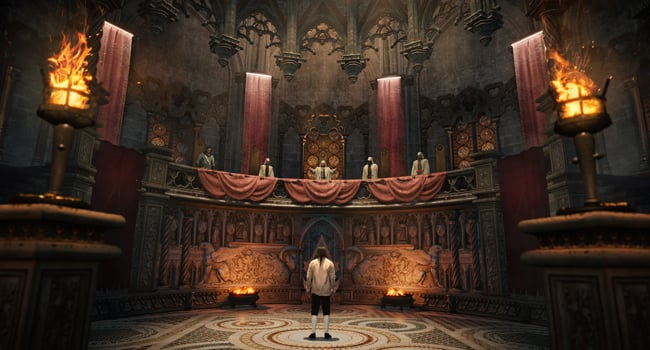 Black Flag’s Edward Kenway was more of a drunken sailor than he ever was assassin, such that the subtlety of the perfect kill was lost. Can Unity be the game to inject stealth and secrecy back into Assassin's Creed? Well, yes and no.

There are few true assassination missions included to actually try something new. There's even a hint of Hitman about the way the affable Arno Victor Dorian, the game's champion, can go about ending the privileged lives of Paris' elite. 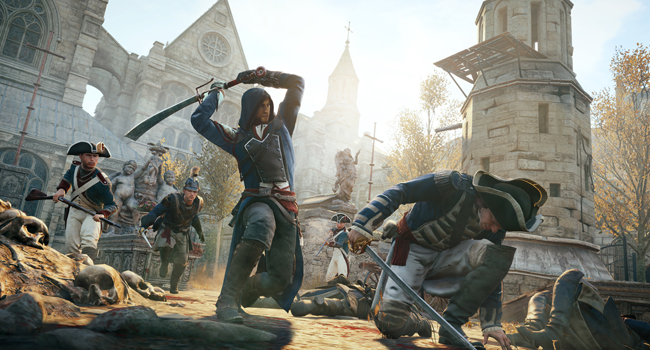 You might slink through crowds to gain a better vantage point, try for an opened window on an upper balcony, come up through the city's famous catacombs into a basement, or simply smash through your target's retinue with your sword swinging.

It's a nod to how I'd always hoped a kill in Assassin's Creed would transpire. But then, it must be said, there's always a broken moment just waiting to shatter the illusion. By that I don’t mean the well publicised Unity glitches either. I can only comment on how the game worked in my experience, and I didn’t witness a game-breaking glitch on my Xbox One copy. Indeed, it seems the PC version has the lion’s share of issues. 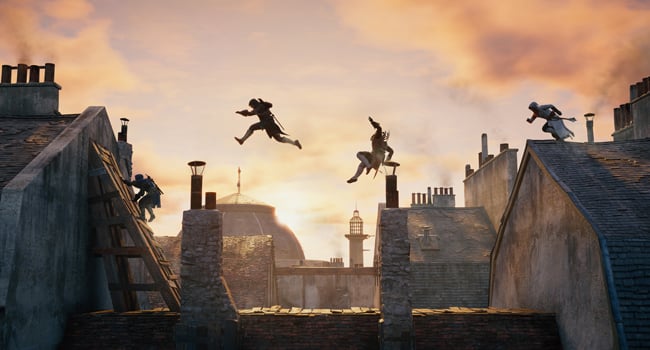 Moreover, I didn’t have a problem (beyond a paucity of fellow players pre-release) when playing cooperatively either. What I found what was more irritating was Arno's insistence on bumping into a wall, rather than him gliding smoothly through an open window. Or the manner in which snapping to cover rarely worked as precisely – or instantly – as it should.

That such issues will be familiar to players of any of the series' titles so far suggests that Ubisoft either can't, or won't, address these recurring problems. But then Unity does go and throw a curveball by introducing the 'downward parkour' option that nicely fixes the long-standing issue of laboured descent. 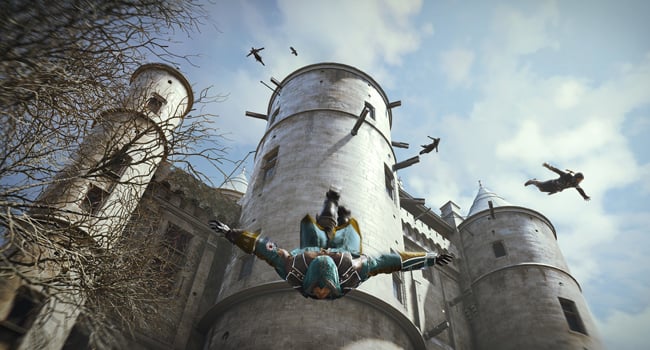 Swordplay also sees its share of changes, and is better as a result. Parrying feels more challenging, thanks to opponents who feint before launching an attack. While the amount of damage you can withstand before being skewered is just about right. The only damp squib is the smoke bombs. These are meant to serve as a means of escape, but ultimately become a way to incapacitate foes for particularly cheap kills that damages the flow.