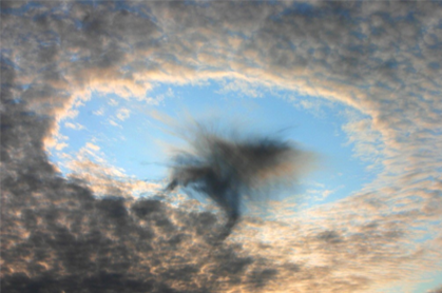 Chinese hackers have breached the USA's weather forecasting systems, disrupting emergency and disaster planning in a hack one US congressman described as a cover-up, the Washington Post reports.

The September hack was not discussed internally by the National Oceanic and Atmospheric Administration (NOAA) until 20 October and even then authorities were not informed, sources familiar with the breach alleged.

The NOAA says it wasn't hacked but, in a statement, insisted "unscheduled maintenance" was behind the outage. The agency therefore made no mention of a breach to the Commerce Department until 4 November. That late report was in violation of policy and sparked an investigation.

There's egg on faces over this because NOAA spokesman Scott Smullen said the agency kicked off incident response "immediately", but refused to provide further information.

Sources said a unspecified server linking "many" NOAA computers was compromised due to lax security controls.

Agencies including the European Center for Medium-range Forecasting in Britain lost operational data sent through NOAA and commercial organisations including Delta Airlines fell back to internal meteorologists.

Republican congressman Frank Wolf said the agency revealed Chinese hackers were behind the hack and chastised the agency for a cover-up and "deliberately misleading" in its replies.

"They had an obligation to tell the truth," Wolf said. "They covered it up."

The agency did not reveal the extent of the damage including if data was stolen or malware implanted.®

Vid The only way is up for open source, says ArduPilot dev

Samba 4.8 to squish scaling bug that Tridge himself coded in 2009

Easier than you think