BT and competition together at last 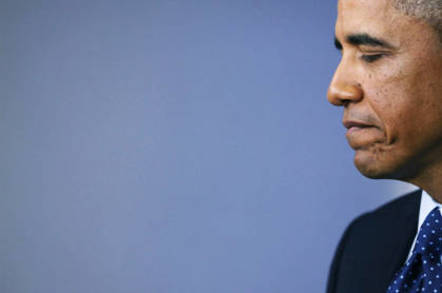 Analysis As we saw from Vodafone's announcement on Tuesday, competition in the broadband market is thriving here in the UK. So, should consumers be fretting about the fierce net neutrality debate going on across the Atlantic?

The European Commission, steered by former unelected digi czar "Steelie" Neelie Kroes, would very much like it if we fell into step with the Americans backing that campaign, which – as we saw at the start of this week – now has direct support from President Obama, a man who thinks that the internet (a network of networks), should be treated like a utility.

We watched how the debate largely fizzled out in Europe in April, when telecom regulatory measures put forward by Kroes were waved through by the European Parliament ahead of tense negotiations with member states in the 28-nation bloc.

But the concept of "net neutrality", while winning overwhelming support from MEPs at the time, remains exactly that. So far, Slovenia and the Netherlands are the only EU countries to have adopted a law that states that all traffic on the internet should be treated equally, even if the content – such as video-streaming – clogs up an ISP's aged network pipes.

Stateside telcos, operating in a heavily consolidated market, vehemently disagree that all internet packets should be treated in the same way. And, here in the UK, where BT's one-time monopolistic infrastructure is now used by its rivals in an effort to offer a level competitive landscape, ISPs largely agree. In fact, they already treat internet packets differently depending on the customer.

UK industry lobby group ISPA (Internet Service Providers' Association) offered up this statement to The Register after we sought comment on Obama's broadside against US telcos.

"ISPA read Obama’s proposals with interest but feel[s] that comparisons between the UK and US aren’t useful given the difference in the infrastructure and marketplace," said the body's secretary general Nicholas Lansman.

"The UK has one of the world’s most competitive broadband markets, so ISPs need to ensure customers can connect to the services they want, or risk losing them to another provider. Furthermore, ISPs are signatories of the Open Internet Code, which calls for a ‘free and open internet’."

The group added: "We would advocate an evidence-based approach in this area and note that [UK communications watchdog] Ofcom regularly gathers evidence and monitors the broadband market to make sure it remains competitive and open.”

ITSPA is delighted that the President takes the Open Internet so seriously and his very public opinion can only assist in bringing the issues around the anticompetitive blocking of third party services, including VoIP, onto the mainstream agenda; something that ITSPA has been tirelessly campaigning for years.

It's certainly worth noting that we've seen time and time again in the UK that ISPs do throttle their networks where customers are bandwidth-hoggers using over-the-top services. We also know that parts of the internet – for example, those sites that illegally provide access to copyrighted material – have been cut off by big name telcos to head off legal action.

Internet packets, then, business dictates, aren't treated equally, they can't be for all sorts of different reasons if you follow the ISPs' logic, which says the "net neutrality" concept in Britain is a non-issue.

It is, many would agree, becoming increasingly easy for subscribers to choose which ISP they want to sign up to, and at the same time regulators are finally making it a little easier for consumers to jump from one provider to another.

Perhaps, then, the US has some catching up to do. Y'know, share the infrastructure, open it up to reasonable competition, allow some light touch regulation and then leave it to the customers to decide what best suits their needs. Simples, right?*

That said, small content providers who are struggling to survive in this, er, free market internet economy thing that the government is so smug about, might feel a little differently about the whole thing. If you're one of the little guys with a story to tell, do get in touch. ®