What kind of generation doesn't stick it to the Man, but to Taylor Swift instead? 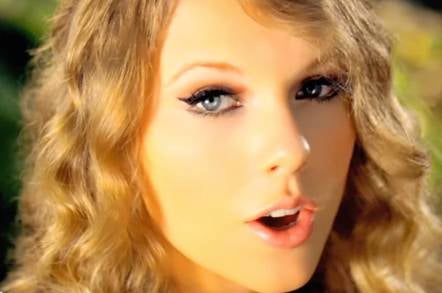 Interview David Lowery is a mathematician, musician (Cracker, Camper Van Beethoven), songwriter and producer. He also teaches business at the University of Georgia.

[One such musician is Taylor Swift, who recently took her catalogue off Spotify in protest against its extremely low streaming payments. - Ed]

In the following interview with Chris Castle (ex-Napster), he questions whether Silicon Valley’s most powerful corporations are compatible with democracy. He also suggests that a legal case can be made against the US Government and the US online advertising business.

Almost single-handedly, Lowery has put ad-funded piracy on the agenda via his Trichordist blog. Here, he also describes the battle to lift the unusual restrictions on American songwriters controlling the use of their work. (The US Justice Department is currently reviewing the ancient consent decrees on the performing rights societies BMI and ASCAP that means they cannot prevent their work being used without payment).

Q. Do you think that Google’s latest policy of demoting pirate sites* if a legitimate service buys a higher ranking confirms or rejects your theories about brand-sponsored piracy?

Lowery: It relies on selling you protection from broken windows — "You can pay to have your legitimate site advertised against typical piracy search terms or these crazy pirate kids here are gonna steal your stuff." Meanwhile, Google is selling advertising on these sites, as I have demonstrated time and time again.

[He starts by describing a short series of talks at American US law schools.]

Lowery: I addressed two things concerning the DOJ. I wanted to show how unfairly the federal government was treating songwriters, apparently to protect the profits of a few politically connected industries.

First, the failure of the DOJ to address ad-funded piracy by companies such as Google and AOL is an outrage. Despite the fact that mass copyright infringement is a RICO predicate there has been no serious effort by the DOJ to look at how these sites are funded... and these companies say "we don’t know where these ads end up". If a moderately successful middle-aged alternative rocker like me can trace these ads using a simple iPhone app, multi-billion dollar companies can do it. (I actually demonstrated this on a panel at Columbia Law School using the iPhone app SourceCode).

If I can find pirated material, so can Google...

These companies can’t keep giving the "I see nothing" Sergeant Schultz line. Artists are sick of it and now that The Turtles [following a recent lawsuit victory over Sirius XM, where the satellite radio giant was done for copyright infringement for failing to pay royalties on the group's recordings made before 1972] have shown us the light, and if the DOJ doesn’t do anything, expect lawsuits. In multiple jurisdictions, against brands, Madison Avenue and the advert exchanges.

Maybe [US] Congress should investigate the DoJ.

Secondly, I noted that while the DoJ doesn’t seem to think it’s obligated to protect us from piracy, it also doesn't think that we are dangerous enough that we need to be placed under a consent decree [an agreement or settlement to resolve a dispute between two parties without admission of guilt].

How did I end up being subject to a consent decree that was first put in place 20 years before I was born? Is this some sort of DOJ-imposed songwriter original sin?

So consider this in what I would call a constitutional framework.

How did I end up being subject to a consent decree that was first put in place 20 years before I was born? Is this some sort of DOJ-imposed songwriter original sin? As soon as I write and publish my first song I am guilty. I’m now subject to the consent decree and in effect I have my rights to participate in the free marketplace limited. Where was my trial? Where was my due process?

Further, consider that the consent decrees have become a permanent feature governing song licensing and pricing, yet no elected legislative body created what is in effect a 73-year-old law. If this country deems it needs to govern the song licensing process in this way it should pass laws, not assign the process to single appointed-for-life judges in Manhattan. This is in effect a writ of attainder. It feels unconstitutional to me.

Finally, since you can objectively establish that the value of a song is depressed by the consent decrees (compare it to markets without consent decrees) this amounts to a “taking” by the government. Where is my compensation for the loss of my property? There is also a “taking” on the piracy side. The US government decided with the DMCA act that in order to encourage the development of these “new” internet industries that a single class of Americans — copyright holders — should bear the burden.

The federal government effectively “eminent domained” us and gave our personal goods — the fruit of our labor — to private companies. Without compensation.

The DOJ is protecting some of the most powerful companies on Earth and forcing songwriters to subsidise their businesses. [Companies whose combined market caps exceed $1 trillion.]

The thing I really stressed to this audience was the fact that they shouldn’t focus on how unfairly songwriters are treated, but instead should focus on what this says about our government and our country. I asked the audience if they really wanted to live in a country that does this to its fellow citizens to benefit a few very wealthy corporations.

Q: That’s a novel argument that I don’t think anyone else is making. You were in front of a bunch of lawyers, how did it go over?

Lowery: I feel like I got my point across very well. I got a round of applause and even people who represent industries that benefit from the consent decrees were very sympathetic in their questioning. After the talk I had multiple litigators volunteer to help me build a legal case against the US government, the online advertising industry and Madison Avenue. I’m keeping in contact.

Who knows where this will go.

Q: You’ve made something of a science of confronting Google and its sale of advertising. How did the audience react to that kind of information?

Lowery: It’s always the same. You hear audible gasps in the audience. Highlighting and explaining the Publisher ID makes people visibly angry. The bloom is definitely off the rose when it comes to Google. Before it used to take a lot of convincing — “It must be a mistake”, “you’re wrong”, and “I like Google”. No more. Their defenders and apologists are largely silent (with the exception of Google attorney Joe Gratz, who was present at the Columbia Law School panel).

[Joe Gratz is one of the Durie Tangri lawyers who took part in the Google Books case, and who owns the orphanworks.com domain name, parked on the EFF’s servers. His legal partner, Daralyn Durie, represented Goldieblox against the Beastie Boys.]