Report says billionaire is in early talks to build factory 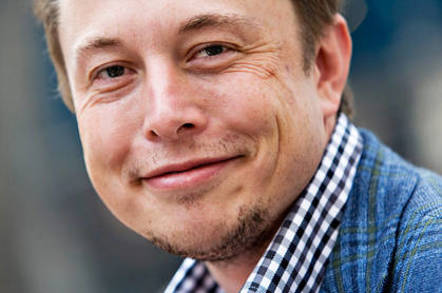 The billionaire is discussing the plans with Greg Wyler, according to the Wall Street Journal.

Until very recently, Wyler was leading Google's efforts to launch 180 satellites as part of its $1bn bid to build a Low Earth Orbit system of birds to provide internet access to remote parts of the world.

As noted by the WSJ, Wyler, who founded WorldVu Satellites Ltd, has a big lump of radio spectrum. But the plans face financial, tech and regulatory obstacles. And Musk's involvement in the proposed project isn't a done deal yet, insiders said.

The pair have apparently discussed creating lightweight satellites that would be around half the size of the smallest sats currently being used commercially. They reportedly had early talks with state officials in Florida about plans to build a factory in the area.

Wyler knows his onions. He had joined Google in 2013 from O3b Networks, which has a fleet of eight Medium Earth Orbit satellites and provides coverage to 70 per cent of the world.

It's rumoured that Wyler walked away from Google's project, griping that the ad giant didn't have the manufacturing nouse. ®