Are you really judge, jury, and executioner, Zuck, or just plain dumb? 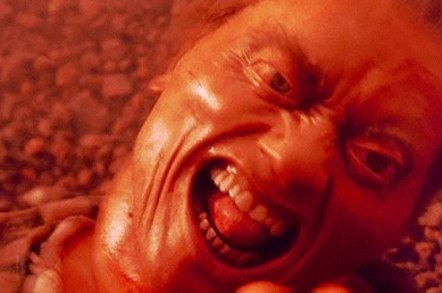 +Comment Imagine fighting a big UK company for years for the simple right to campaign fairly online against an under-regulated industry. You go on to win a dispute resolution case probed by Nominet to keep your perfectly legitimate gripe website alive.

You also successfully defend yourself against the firm's strong-armed appeals. Then picture the moment when your campaign is trashed by the likes of Facebook and Twitter, after they kill painstakingly built up pages with little explanation for the sudden take-downs.

Rodoy told The Register that she had complained to the networks about having her pages removed from their services. But neither Facebook nor Twitter had responded beyond automated email replies briefly explaining why the OERML pages had been deleted.

The Facebook page, in particular, had been used by thousands of people who were concerned about the lack of regulation in England and Wales around the corrective eye surgery industry, Rodoy said.

As we previously reported, dot-UK registry company Nominet ruled in January this year that there were insufficient grounds for a rehearing of a case brought by Optical Express against Rodoy.

Among other things, the High Street optician had claimed to Nominet that the comments posted on Rodoy's website opticalexpressruinedmylife.co.uk had caused "significant and unfair disruption to its business" and amounted to a personal vendetta against Optical Express. It was further claimed that Rodoy was abusing her domain registration.

However, Nominet chucked out the complaint saying that there were "no exceptional grounds" for taking action against Rodoy.

Now, the campaigner is finding herself once again in the unfortunate position of having to defend her criticisms of Optical Express and other High Street opticians, because – it would seem – both Twitter and Facebook are unaware of Rodoy's legal wins.

Campaigner hopes to get MPs to regulate laser eye market

Cyber-IOU notes. Voucher hell on wheels. However you want to define Facebook's Libra, the most ridiculous part is its privacy promise

Space extenders MEX I can: A tale of ingenuity and innovation

Look into our eyes: Do we look like we're kidding?