Extent of problem at contractor USIS still being assessed 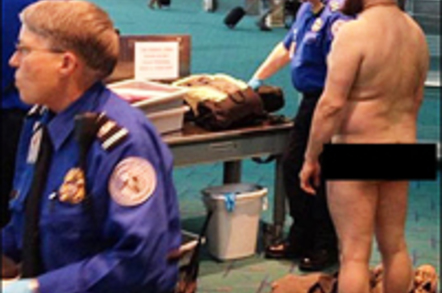 A contractor running background checks for the US Department of Homeland Security has suffered a potentially embarrassing security breach.

The security snafu at USIS reportedly led to the theft of some DHS employees’ personal information.

“Our forensic analysis has concluded that some DHS personnel may have been affected, and DHS has notified its entire workforce” of the breach, DHS spokesman Peter Boogaard told the Washington Post. “We are committed to ensuring our employees’ privacy and are taking steps to protect it.”

The extent of the breach — discovered and self-reported by USIS itself — is still being assessed. DHS encrypts the data it sends USIS but how it is stored and handled within the contractor, the largest provider of background investigations for the federal government, is unclear.

In a statement, USIS said the that the intrusion had "all the markings of a state-sponsored attack. It reiterated its commitment to notify affected parties.

As we announced on August 6, 2014, our background investigations business, US Investigations Services, LLC, recently was the victim of a criminal cyber attack that targeted its network. Upon detecting this cyber attack, we immediately informed federal law enforcement, the Office of Personnel Management (OPM) and other relevant federal agencies.

We are working closely with federal law enforcement authorities and have retained an independent computer forensics investigations firm to determine the precise nature and extent of any unlawful entry into the network. Experts who have reviewed the facts gathered to-date believe this attack has all the markings of a state-sponsored attack.

In the event we determine that an individual's personally identifiable information was accessed by the attacker, USIS will notify that individual directly and offer that person credit monitoring, identity protection, and other support services.

The US Computer Emergency Readiness Team (US-CERT), a division of DHS, is carrying out an on-site assessment at USIS, including computer forensics work that will be vital in piecing together the extent of the breach as well as clues about who might be behind it. US-CERT experts are also offering guidance on how USIS needs to improve its security defences in the wake of the breach.

"It is extremely concerning that the largest private provider of background investigations to the government was hacked,” Representative Elijah E. Cummings (Md.), the ranking Democrat on the House Oversight and Government Reform Committee, told the Washington Post. “I am asking Chairman [Darrell] Issa to work with me in having our committee investigate this matter with the utmost urgency." ®

From pen-test to penitentiary: Infosec duo cuffed after physically breaking into courthouse during IT security assessment