Half-century-old Russian motors to be dumped 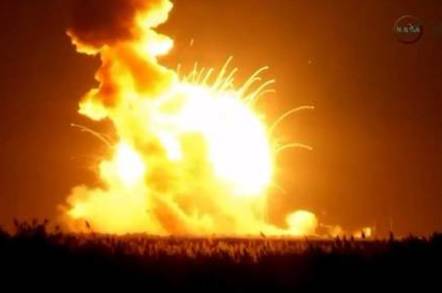 Orbital Sciences says it's probably going to ditch the Russian-made Aerojet Rocketdyne AJ26 engines it has been using for its Antares launchers.

The company says preliminary analysis of the telemetry from its failed launch in late October suggests that a turbopump probably failed in one of the two first-stage main engines.

That confirms speculation that emerged quickly after the launch disaster, which had led to criticism of Orbital for using the 1960s-era refurbished Russian NK-33 motors.

Orbital's statement says rather than continue using those engines, it will bring forward the Antares propulsion system upgrade to 2016. In the meantime, to maintain ISS deliveries, it will run “one or two non-Antares launches of the company's Cygnus cargo spacecraft” in 2015 and 2016.

It's also undertaking repairs to the Mid-Atlantic Regional Spaceport at NASA's Wallops facility, extensively damaged by the failed launch.

As previously reported, the Antares rocket was detonated by the range safety officer when the rocket began to fail.

In Orbital's statement, CEO and chairman David Thompson says “the company is already implementing a contingency plan to overcome this setback. We intend to move forward safely but also expeditiously to put our CRS cargo program back on track and to accelerate the introduction of our upgraded Antares rocket”.

The company will continue to analyse telemetry, video, and debris from the failed launch to settle exactly what went wrong. ®